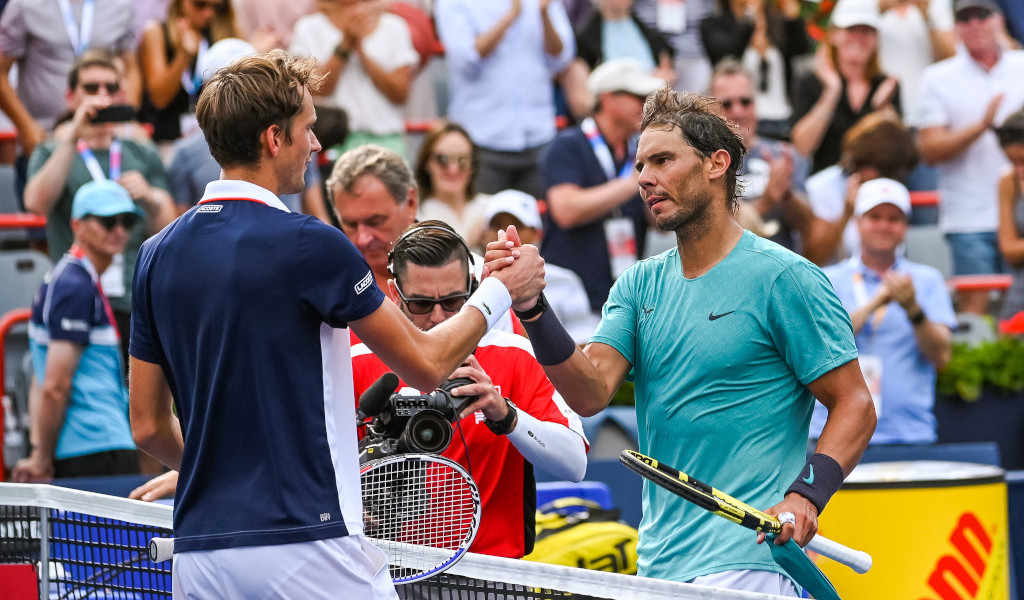 Rafael Nadal is the overwhelming favourite ahead of the 2019 US Open men’s final, but you can’t put it past underdog and “villain” Daniil Medvedev to pull off another shock.

Nadal will be gunning for his 19th Grand Slam title, which will leave him just one short of Roger Federer’s record of 20, while his Russian rival is playing in his first major final.

The odds are stacked heavily in favour of “machine” Nadal, but Medvedev is having the summer of his life.

Here is the lowdown on your two US Open finalists to get you in the mood for Sunday’s showdown.

The men’s singles final is set.

Who are you picking to take lift the 🏆?#USOpen pic.twitter.com/Ia35ioEBcW

Recent form
World No 2 Nadal played only one tournament after his Wimbledon semi-final exit and he went on to win it as he beat Medvedev in the final of the Rogers Cup.

As for his path to the US Open final, it was fairly straightforward as Marin Cilic was the only player to take a set off him.

Medvedev is the in-form player on the ATP Tour as he reached the final of the Washington Open and finished runner-up to Nick Kyrgios. The following week he again made it to the final, but this time Nadal beat him to the Rogers Cup title.

His run to the US Open final include wins over Feliciano Lopez, Stan Wawrinka and Grigor Dimitrov.

Head-to-head
Their first-ever and only career meeting took place in the Rogers Cup final in Montreal last month and Nadal dominated the match as he won 6-3, 6-0 in just over an hour.

It was a brutal display, but Medvedev will know that he can do so much better as he produced 22 unforced errors.

Rafael Nadal: “I just focus on try to be 100% ready for it. But, of course, very, very happy for everything. Another final of the Grand Slam, and another final here in Flushing Meadows means a lot to me. So happy.”

He added: “I said every single day, but I can repeat: I feel comfortable here, I like the atmosphere, I like the crowd. I feel a big energy when I am playing in this Arthur Ashe Stadium. Yeah, just can say thanks to the crowd because honestly I feel a big support from them all the time. That’s important for me.”

Daniil Medvedev: “This summer’s been, I should say, so fast and long at the same time. Long because I’ve played so many matches. At the same time so fast because, as you say, I didn’t have any moment to just sit down and look back and say, Okay, I’ve done amazing things.

“Hopefully I will have some time after Sunday. It’s going to be the last match in USA summer. Of course, deep inside of me, I understand that what I’ve done these four weeks is amazing, even comparing to what I’ve done before.

“Also one more thing: I don’t want to stop. I will always work to be better. I will try to do my best every day.”

Nadal on Medvedev: “Honestly, of course, his summer is just amazing. But all his season is amazing. He started playing very well in Australia. I think he played the final on Sydney, this year, or Brisbane?

Medvedev on Nadal: “Talking about Rafa, it’s tough to find words. So many players and so many people found them before me. He’s one of the greatest champions in the history of our sport. He’s just a machine, a beast on the court. The energy he’s showing is just amazing.

Conclusion
If you go by their only career meeting and Nadal’s form so far in the tournament, then it’s no surprise the Spaniard is at best 1/5 to win a 19th Grand Slam title on Sunday.

Nadal, though, did give Matteo Berrettini a look in during the first set of their semi-final, but the Italian failed to take the opportunity and the rest was history

Medvedev will need to use every opportunity that comes his way if he is to have any chance against the world No 2.

Could he be the man to end the big three’s Grand Slam dominance?

The Russian has claimed some big scalps in recent months including Novak Djokovic and Dominic Thiem so you can’t put it past him to add Nadal to the list.