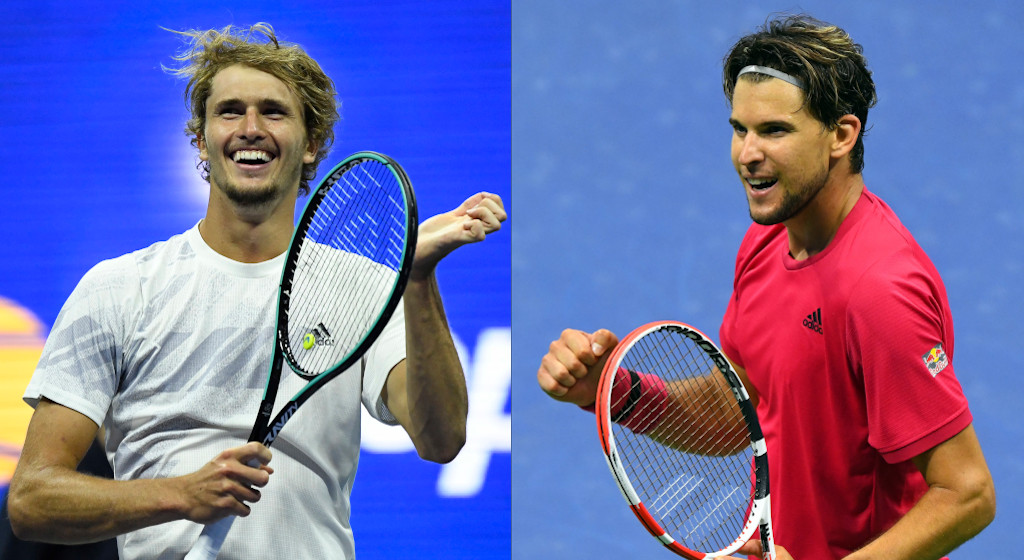 One is a three-time Grand Slam runner-up, the other is a first-time major finalist. One has dropped only one set en route to the final, the other has dropped six sets. Will Dominic Thiem be the last man standing after the US Open men’s final or will Alexander Zverev be the one holding aloft the trophy.

Thiem’s US Open build-up was far from great as he lost in the first round of the Western & Southern Open. Before the tennis break, he reached the quarter-final of the Rio Open and, of course, lost the Australian Open final against Novak Djokovic.

As for the US Open itself, he produced some great displays against Daniil Medvedev, Alex De Minaur, Felix Auger-Aliassime and Marin Cilic. In fact, Cilic was the only player to take a set off him.

Dominic Thiem is into his first US Open final! @Thiemdomi | #USOpen pic.twitter.com/gCIqZUQHSs

Zverev’s also made a first-round exit from the Cincinnati tournament against Andy Murray. Outside of the two Grand Slams – he lost in the semi-final of the Australian Open against Thiem – he only won one singles game this year, at the Mexican Open in March.

So far at Flushing Meadows he has played one five-setter (in the semi-final against Pablo Carreno Busta), four four-setters and one three-setter.

In fact, the Austrian has won their last three encounters with Zverev’s last win a 6-4, 6-4 victory in Madrid in 2018.

They’ve met three times in Grand Slams and Thiem won all three of those matches.

Dominic Thiem: “I won’t change my mindset at all – I know what Sascha is capable of. From the moment that Novak was out of the tournament, it was clear that there is going to be a new Grand Slam champion. From that moment on, it was out of my mind.

“Now it’s just Sascha remaining – the last one. He is a hell of player, one of the greatest in the last few years, and has won all the titles besides a major. For me it doesn’t really matter whether it is him or one of the big three.”

All the feels after the biggest win of his career 😀@AlexZverev is through to his first #USOpen final! pic.twitter.com/kiZvOxaME6

Alexander Zverev: “Obviously happy to be in a final. But as I said in the previous question, there’s still one more step to go. For me, I think it’s going to be extremely difficult. Both of those guys deserve to be in the final. That’s it.

Unsurprisingly Thiem is the clear favourite to win and the best you are going to get is 5/19. You can get Alexander Zverev at 13/4 to win on Sunday evening.

Zverev, on the other hand, has struggled throughout the tournament, but he does have some big match temperament as he has beaten the likes of Roger Federer and Novak Djokovic in finals.

However, it is Thiem’s trophy to lose.