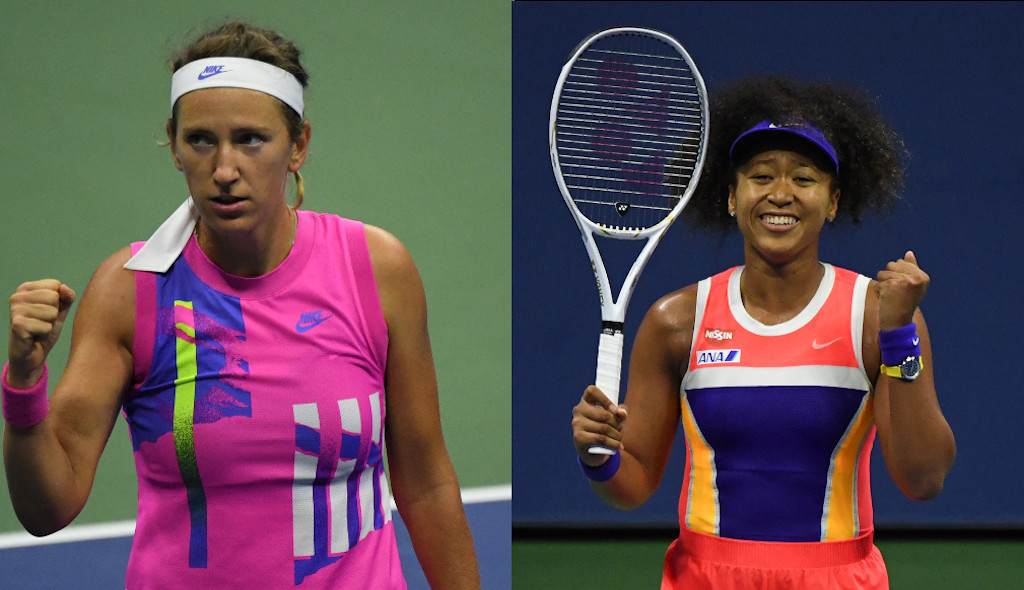 Both are former world No 1s and two-time Grand Slam singles champions, but will Naomi Osaka or Victoria Azarenka hold aloft a third major trophy after Saturday’s US Open women’s final?

Both head into the US Open showpiece match in excellent form as they warmed up for the tournament with a run to the final of the Western & Southern Open with Azarenka winning the title after Osaka withdrew due to injury.

Azarenka also played in the Top Seed Open, but fell at the first hurdle while her only other competitive match in 2020 was a first-round exit in Monterrey.

“It’s been 7 years? That’s my favorite number so, I guess that’s meant to be.”

Osaka, meanwhile, only played in the Cincinnati warm-up event while her last match before the hiatus was a loss in the Fed Cup play-offs in February.

As for their journey through the US Open, three of Osaka’s six matches were three setters. Her 7-6 (7-1), 3-6, 6-3 win over Jennifer Brady in the semi-final was probably the best of the lot.

Azarenka on the other hand had a trickier run as she had to beat fifth seed Aryna Sabalenka in the second round while she was taken the distance by 20th seed Karolina Muchova in the third round.

She then dispatched 16th seed Elise Mertens 6-1, 6-0 in the quarter-final before producing a remarkable comeback to defeat Serena Williams 1-6, 6-3, 6-3.

The US Open final will be their fifth meeting, but their most recent match was meant to be the Western & Southern Open final at Flushing Meadows.

Osaka leads the head-to-head 2-1 as she won in three sets at last year’s French Open and also claimed a two-set win at the 2018 Italian Open. Azarenka, though, won their first-ever meeting at the 2016 Australian Open.

“Yeah, she seems really confident now. She’s moving well. I don’t know. I don’t try to think about, you know, other matches right after the match that I just finished. But should be tough if I do play her.”

Victoria Azarenka on Osaka: “Very excited about that. I’m as excited as I was last week. I’m sure this time we’re going to get to play and it’s going to be a great match. I think it’s going to be an amazing final. I hope it will be. I’ll have fun.

“But she’s a very, very powerful player. She’s a great champion. She’s won two already. Aren’t we both looking for a third one? It will be fun (smiling).”

Osaka is the favourite with the bookmakers and the best odds you can get is 6/10. Azarenka is generally 6/4 to claim a third Grand Slam title.

.@NaomiOsaka in the stands wearing a Kobe jersey after advancing to the #USOpen final 💛💜 pic.twitter.com/SZmUoXfyYt

Osaka has the youth and was in impressive form during her win against Brady, but Azarenka has been around the block a couple of times. She doesn’t have that raw power, but is a crafty player.

You just feel that Osaka is getting her act together again after going through a slump following her 2019 Australian Open success. It’s a more mature Osaka these days.

For Azarenka, the fact that she beat Williams in the semi-final after losing the opening set 6-1 will give her a massive confidence boost.

You do wonder though if the Williams victory wasn’t Azarenka’s “final” and the actual final could be a step too far against a younger opponent.