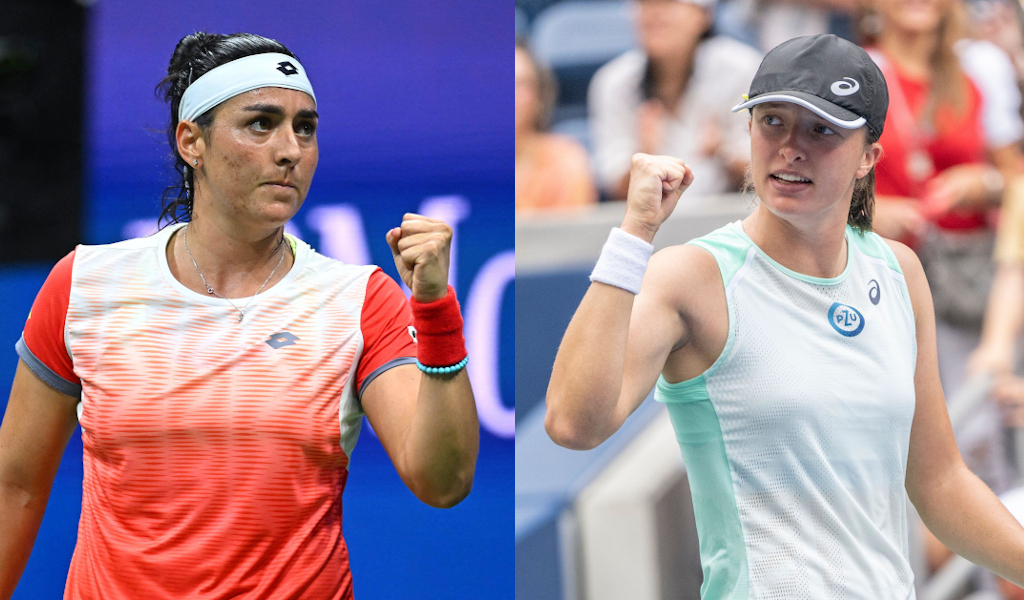 A first-time US Open women’s champion will ascend the throne on Arthur Ashe Stadium on Saturday, but the Iga Swiatek vs Ons Jabeur final is too close to call as the showpiece match will be a tight one.

In what has already been a dominating season, Swiatek is out to cement her status as world No 1 as the Pole is looking to win her seventh title of the year and her third Grand Slam following her success at the French Open in 2020 and 2022.

On the other side of net is Jabeur who will play in her second major of 2022 after she finished runner-up at Wimbledon. The Tunisian is looking to become the first African woman and Arab player to win a Grand Slam.

We have a Top-5 matchup for the women’s title! pic.twitter.com/l9iVzUOw8g

Iga Swiatek’s path to the US Open final

Swiatek started her New York journey with comfortable wins over Jasmine Paolini, Sloane Stephens and Lauren Davis before she dropped her first set against youngster Jule Niemeier, but she eventually came through with 2-6, 6-4, 6-0 win.

Ons Jabeur’s path to the US Open final

The 28-year-old started her Flushing Meadows campaign with two-set wins over American duo Madison Brengle and Elizabeth Mandlik before she dropped her first set against another American, 31st seed Shelby Rogers, in the third round, but she eventually secured a 4-6, 6-4, 6-3 win.

The Frenchwoman was no match for Jabeur as she brushed her aside 6-1, 6-3 in just over an hour.

After her 37-match winning came to an end at Wimbledon, Swiatek initially struggled to get going again as she lost in the quarter-final of the Poland Open and the round of 16 at the Canadian Open and Western & Southern Open, but she hit her straps at Flushing Meadows.

The 21-year-old won the French Open, Italian Open, Stuttgart Open, Miami Open, Indian Wells Open and Qatar Open before she came unstuck in the second round at Wimbledon.

Before the US Open, things also didn’t really click for Jabeur on the North American hard-court swing as she won only two matches after her run to the Wimbledon final

She lost her second match at the Silicon Valley Classic, lost her opener at the Canadian Open and also made an early exit from the Western & Southern Open.

Of course she was in the form of her life on grass as she won the Berlin Open and finished runner-up at Wimbledon while on clay she won the Madrid Open and was runner-up to Swiatek at the Italian Open.

It is all square in the Iga Swiatek vs Ons Jabeur head-to-head as they have each won two matches and you can’t even say one is more dominant on hard court as it is 1-1 on the surface.

Swiatek won their most recent encounter, a 6-2, 6-2 win in the Italian Open final in May, while Jabeur claimed a two-set win in the last 32 of the Western & Southern Open in Cincannti in 2021.

The Tunisian won a three-setter in the round of 16 at Wimbledon last year with Swiatek winning their first meetin gon the hard courts at the Citi Open in DC in 2019.

“It’s always tough and I’m pretty sure it’s going to be physical. She has such good hands, she is solid on the baseline and when she’s going in so I have to be careful. I don’t know what’s going to happen. Right now, I’m just going to enjoy being in the final.” – Iga Swiatek

“Iga never loses finals, so it’s going to be very tough. It’s going to be tough match. Definitely going for my revenge. I love playing on this surface, and I feel like I know exactly what to do against her.” – Ons Jabeur

It really is a tough one to call with both players in similar form over the past few months. The only difference is Swiatek has taken all her opportunities while Jabeur let a golden opportunity for a maiden Grand Slam slip away at Wimbledon.

You suspect the experience of winning major finals just sways it in Swiatek’s favour, but Jabeur also has a feel of playing in the biggest of matches.

The Tunisian, on the other hand, has some touches and angles like few others in the game, but she will need to be at her very best and everything will need to come off on the day if she is to beat Swiatek.