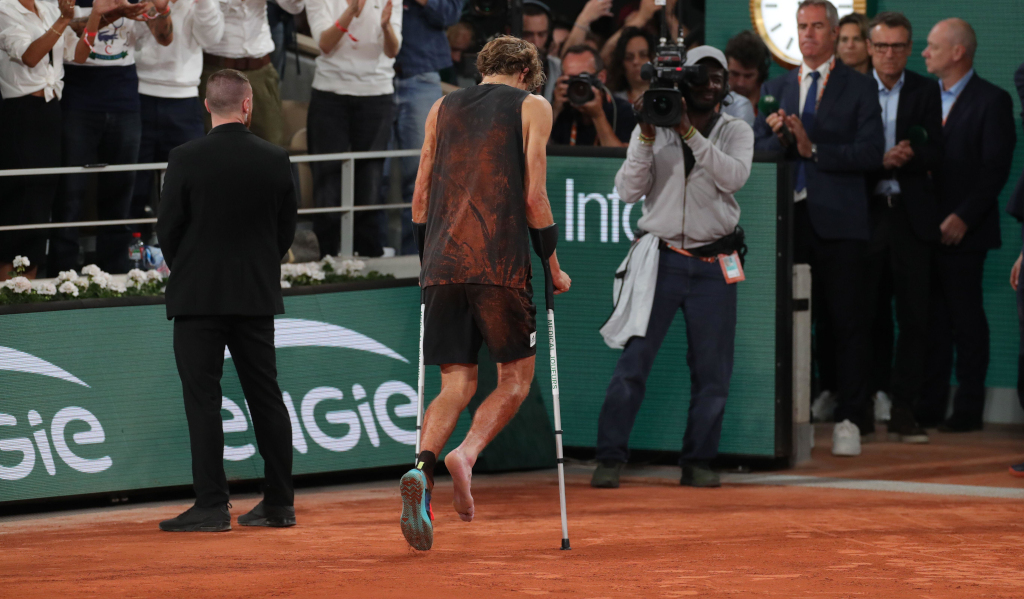 Alexander Zverev’s return date remains up in the air and he “is still hoping” to compete at the US Open, but the world No 2 is more likely to return in mid-September.

The German tore ankle ligaments when he slipped during his French Open semi-final clash against Rafael Nadal at the beginning of June and had to undergo surgery.

He only recently started walking without crutches, but he is hopeful of competing at the final Grand Slam of the year, which starts on August 29 at Flushing Meadows.

“Sascha is recovering well and is still hoping that he can be ready for the US Open,” a spokesperson told Reuters. “However, it is still too early to tell if he will be able to compete there or not.”

If he fails to make it for the US Open, then the Davis Cup group stages, which takes place from September 13-18 in Hamburg is likely to be the 25-year-old’s return date.

Zverev also announced this week that he has signed up for the Japan Open in Tokyo from October 3-10 and he should be good to go by then.

“Davis Cup in Hamburg in September seems more realistic but we keep our fingers crossed that he will be ready earlier,” the spokesperson added. “Therefore, he should be able to play a few events before Tokyo.”