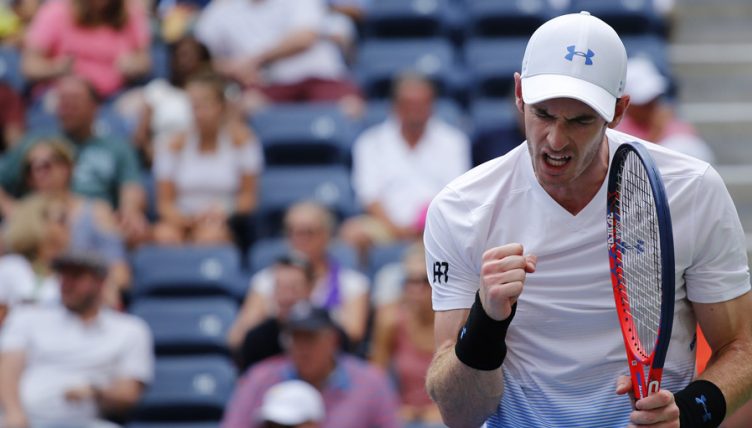 Andy Murray says his hip is considerably better than it was during grasscourt season after winning his US Open first round match.

The former world number one beat James Duckworth in four sets in what was his longest match since returning to the game following a year out for surgery.

“The discomfort I have been feeling in my hip was a lot better than it was over the grass-court season,” said Murray.

“I’ve got a bunch of matches under my belt, a lot more training and just a better understanding of where my body is at.”

Despite that improvement, though, Murray is not expecting to mount a serious challenge for what would be a second US Open title this year.

“(To be a contender) I would have been able to train and practice a lot more than what I have done,” he said.

VIDEO: Andy Murray looks back to his old self with amazing US Open foot-speed.https://t.co/9zk5RLXA4h

“I would have played more matches in the build-up to the tournament. There’s many, many things that I would have wanted to change to be considered a contender.

“I don’t think anything changes after today. I’m still just taking it one match at a time. This is the first time I have played four sets in 14 months, so I just have to wait and see how I pull up tomorrow. Hopefully I feel good, and take it from there.”

Murray lost the opening set against Australian Duckworth, but rallied to a claim a 6-7 6-3 7-5 6-3 win. He was pleased to get over the line.

“At times it was tricky especially early on, it was very lively, very hot. James was serving big and playing a lot of drop shots, throwing me off rhythm.

“I was happy I managed to get through that and play some good stuff at times.

“I’ve lost a lot of matches out here over the years, I’ve struggled a lot, but it’s like a new beginning.

“It was beautiful, a great atmosphere and I’m very, very happy to be back.”