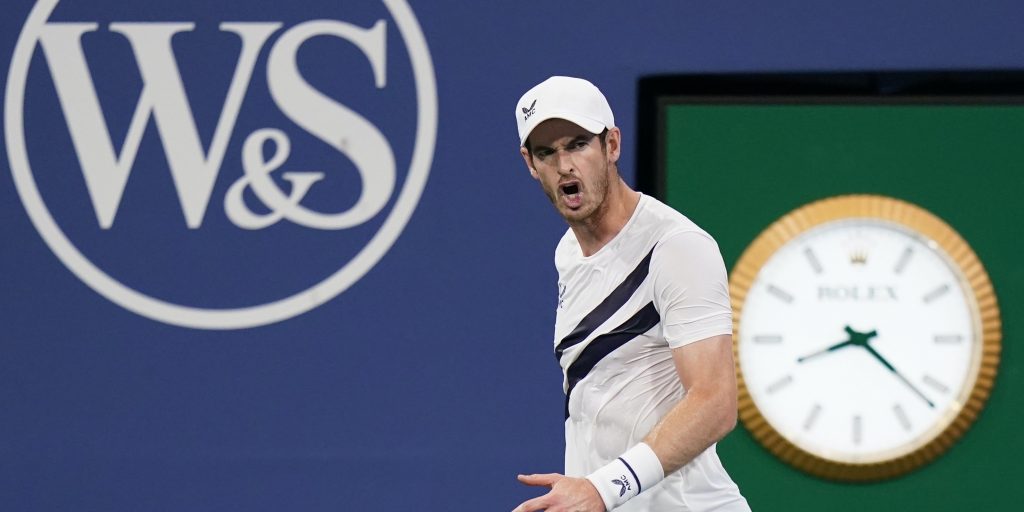 Andy Murray is “pumped” to be playing his first Grand Slam in more than three years where he will not be worried about his fitness.

The former world No 1 is in New York for the US Open – his first major tournament since he had surgery to insert a metal hip in January 2019.

Murray’s injury problems started at Wimbledon in 2017 before returns to the 2018 US Open and 2019 Australian Open where he was barely able to move.

His operation has allowed his a second chance and he is relishing the chance just to concentrate on his game.

“I’m pumped. It’s obviously slightly strange circumstances this year with no fans and stuff here. That’s one of the things I enjoy about competing. That’s not just here, but I guess all of the tournaments,” Murray, who plays Yoshihito Nishioka on Tuesday, said.

“It’s been a long kind of journey to kind of get back to this point. Actually I’m going to compete at a Slam in a few days’ time where I’m not worried about how I’m going to be, how my hip’s going to feel, things like that.

“The last time that would have been was in the 2017 French Open. It’s a long time ago.

“I know I’ve played a couple of slams since then, but that wasn’t really me on the court. Whereas now I’m not as quick probably as I was before, but I’m able to go out there and compete and focus on the tennis, hopefully be able to last a five-set match without my performance seriously deteriorating as it goes on.

“It’s been tough to get to this point, a lot of hard work, lots of ups and downs. But I made it back. It would be nice to go out there and get a win on Tuesday.”

Murray showed glimpses of his best when he beat Frances Tiafoe and world No 7 Alexander Zverev on the way to the third round of the Western & Southern Open.

His tennis is on the way back up and his body is not letting him down.

“I feel like last time I was here I played a couple of good matches, but it wasn’t that enjoyable for me because the hip was really not good,” he said.

“Whereas now, like in the matches I played last week, I felt pretty good on the court in terms of my body. Although the matches were still difficult and stressful (it was) still enjoyable to be out there competing because my body was actually feeling OK.

“Physically right now I feel pretty good, so I’m really happy about that because it’s allowing me to practice and prepare properly, enjoy my time on the court basically.”

If Murray advances past his Japanese first-round opponent and then potentially sees off 15th seed Felix Auger-Aliassime he could meet compatriot Dan Evans in the third round.

British No 1 Evans is not allowing himself to look that far ahead.

“I think we both know better than that,” he said. “There are two tough matches in front of us…if that was to happen…especially for me it’s two tough matches, been there before, I’ve got to focus on my first match.”

Evans, currently enjoying a career-high ranking of 28 and seeded 23 for the tournament, has never been past a fourth round at a grand slam and hopes to change that at Flushing Meadows.

“I would like that to happen,” he said ahead of a first-round match with Brazilian Thiago Seyboth Wild.

“I have just got to focus on the first match, the court is very lively here, matches can change quickly.

“I have got to stay focused on my service games and if I do that I have got a good chance of winning some matches.”