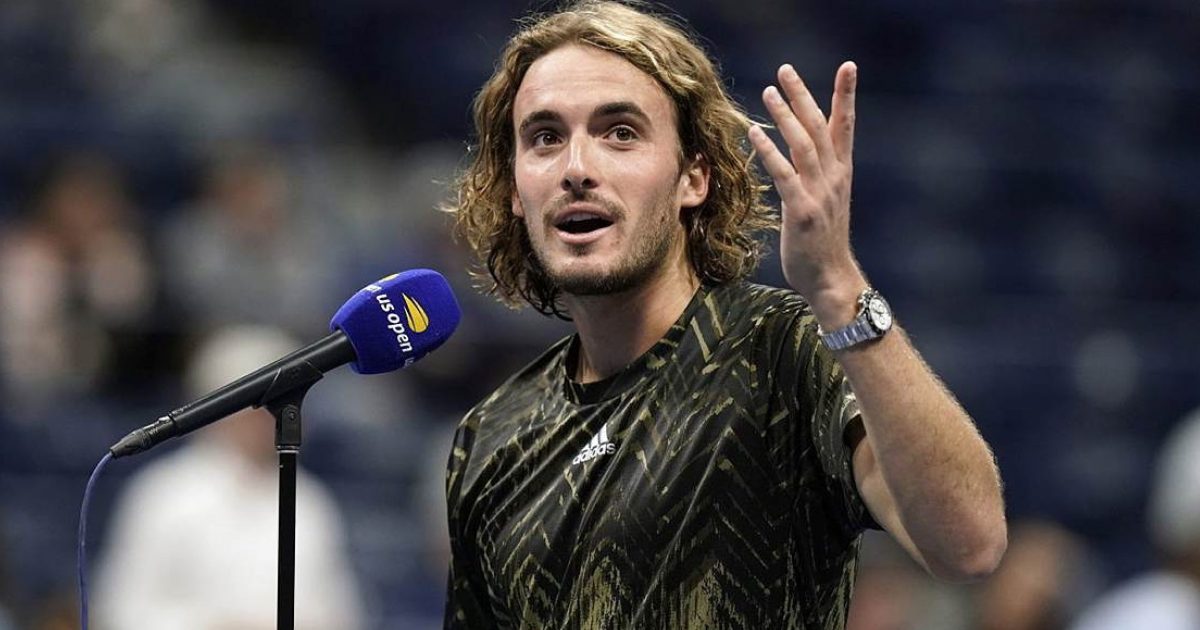 Stefanos Tsitsipas was jeered by the US Open crowd after taking another lengthy bathroom break during his second-round win over Adrian Mannarino, with his beaten first round opponent Andy Murray continuing his attack on the Greek star on Twitter.

Murray was angered by Tsitsipas‘ long trips to the bathroom in their marathon five-setter on Monday and the world No.3 was up to his old tricks again as he beat Adrian Mannarino 6-3 6-4 6-7 (4) 6-0.

The late-night crowd on Arthur Ashe made their feelings clear when he finally returned, but the fired-up world number three went on to complete a win.

On court after his win, Tsitsipas said: “I think taking a break and going to change – I was completely wet – it was very important for me to do that, to feel refreshed, the same like before.

Andy Murray posted a tweet on Monday suggesting it takes longer for Tsitsipas to take a toilet break than it is to fly to space and the Scot didn’t miss the chance to taunt his rival again as he posted:

Tsitsipas attempted to hit back at Murray in his press conference as he suggested Murray also took an extended toilet break during his epic 2012 US Open final win against Novak Djokovic as he raised the subject in his post-match press conference, but his comments backfired.

Clearly irked by criticism from Murray and some other players, Tsitsipas brought up a toilet break the Scot took after the fourth set of his victory in the final against Novak Djokovic nine years ago.

When informed that break took less than three minutes ahead of the fifth set, he replied: “OK. So three minutes more makes a difference?”

He concluded: “I’ve done everything the right way. If I haven’t, I should be penalised. I completely agree with that.

“But as far as I know, you know, it is a necessity. It is a need when I’m out there playing, performing.

“If I break a rule, sure, I’m guilty. I agree; I’m not doing something right. If I’m staying within the guidelines, then what’s the issue?

“That’s all. They don’t understand. They haven’t played tennis at high-level to understand how much effort and how much difficult it is to do what we are doing.”