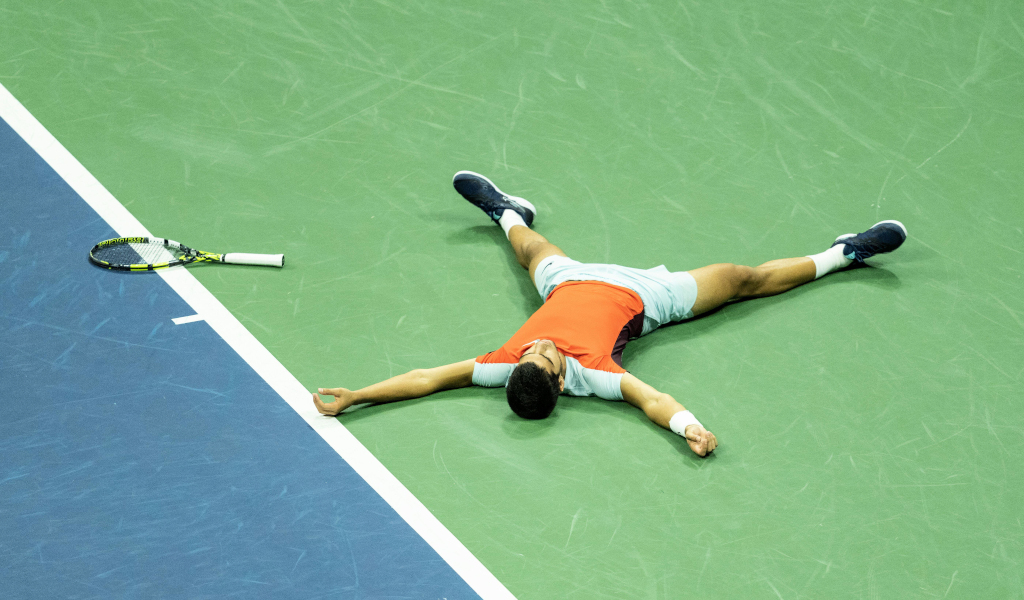 A new king has ascended the throne in men’s tennis as Carlos Alcaraz beat Casper Ruud to US Open title and top spot in the ATP Ranking, becoming the youngest player to be No 1 in the world.

Alcaraz’s ascend has been written in the stars all season, but no one expected him to rise this quickly and at just 19-years and 129 days, he could go on to dominate the sport for years to come.

He may not have needed another five-set win, but it was far from easy as Ruud at one point looked like he would take charge of the final, but the teenager held firm and emerged with a 6-4, 2-6, 7-6 (7-1), 6-3 victory in three hours and 20 minutes on Arthur Ashe Stadium.

The dream becomes reality.@carlosalcaraz is a Grand Slam champion. pic.twitter.com/sPFaAiVFNR

With both playing in their maiden Grand Slam final, there was always going to nerves early on and both saved a couple of break points in their opening service games.

But Alcaraz was quicker to settle as he broke in game three and stayed firm on serve before serving out the set to love.

Ruud, though, showed some sportsmanship midway through the set as a ball bounced twice before he played a shot when he was 3-4 down. After the umpire failed to call “let up”, the Norwegian gave the point to his opponent.

“Ladies and gentlemen, Mr Ruud has just confirmed that the ball bounced twice. The point goes to Mr Alcaraz,” the chair umpire announced.

Ruud, though, eventually got a foothold in the game as he broke in game six of the second set and then a second break earned him the set.

Alcaraz edged ahead in the third set with a break in the opening one, but the Norwegian was back on serve in game four and for a few games it looked like the 23-year-old would take control as the Spaniard started to struggle on serve.

But it went to a tie-breaker and it was the world No 4 who dominated with yet more lung-busting points as he went two sets to one up.

Suddenly the teenager had a bit more energy in the fourth set and his service games became a bit more comfortable. Ruud started to falter and Alcaraz broke in game six.

He came out to serve for the match at 5-2 and a couple of aces saw him reach a couple of Championship points. The first attempt saw an unforced error as his forehand went long. He made no mistake with the second as Ruud only got a touch to the ball.

For Ruud there were some highlights as he is the first Norwegian to reach a Grand Slam final while he is also the new world No 2.