Aryna Sabalenka uses Wimbledon disappointment to reach US Open semi-final: ‘I worked hard for this one’ 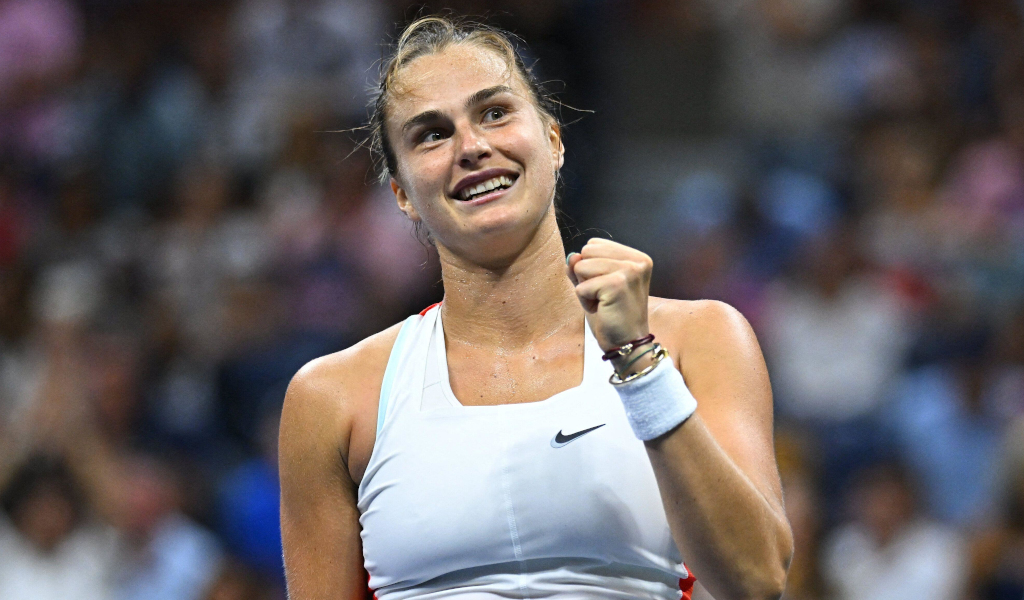 Aryna Sabalenka believes not being allowed to play Wimbledon has helped her chances of winning a first Grand Slam title at the US Open.

As a Belarusian, Sabalenka was banned from Wimbledon following the invasion of Ukraine but is now through to the semi-finals at Flushing Meadows after a 6-1, 7-6 (7-4) victory over Karolina Pliskova.

Sabalenka, who lost to Pliskova in the semi-finals at Wimbledon last summer, did not watch the tournament this year because of her disappointment at not being allowed to participate but credits the training block she did in Miami instead for her strong form in New York.

“I had another pre-season,” she said. “I worked really hard, and I worked a lot on my serve.

“It was a tough time, especially when I was working out in the gym and there was Wimbledon playing on the TV. I was always turning it off because I couldn’t watch it.

“I had a lot of good memories from there, and I miss it very much. That’s why I wasn’t able to watch it, because it reminded me about the great time I had there.

“They took away one opportunity from me, and I worked really hard for this one.”

Sabalenka is the second player banned from Wimbledon to reach the singles semi-finals after Russia’s Karen Khachanov in the men’s event.

Sabalenka, who trailed Kaia Kanepi 6-2 5-1 in her second-round match, will bid to reach her first career Grand Slam final having also lost to Leylah Fernandez in the semi-finals in New York 12 months ago.

Having struggled horribly with her serve at the beginning of the year, hitting huge numbers of double faults, Sabalenka appears to have fixed the problem.

Her serve worked very well on Wednesday, with the sixth seed not facing a single break point and hitting three times as many winners as Pliskova.

Sabalenka has been touted as a potential slam champion since first breaking through at the top of the game in 2018, and she admitted she expected success to come more easily.

Of her semi-final at Wimbledon against Pliskova last year, the 24-year-old said: “I felt like, ‘OK, I think this is my time, I’m going to win it’. I would say that I didn’t expect her to play that well. I expected me to win the rest of the matches really easy.

“And then I had another experience in the semi-final. I lost it. Now I don’t have any expectations. I know it’s going to be tough, and I know I have to work for it, and I have to fight for it.

“Also, after this season when I was struggling with a lot of things and I couldn’t play my best, but still I was there, I was fighting, and right now, again, I’m in the semi-final, and I have zero expectation for myself. Now I will just go there and fight for every point.”