Bianca Andreescu starts with a win, but sponsor gets a dressing-down – ‘It’s Nike’s fault. This dress is so bad’ 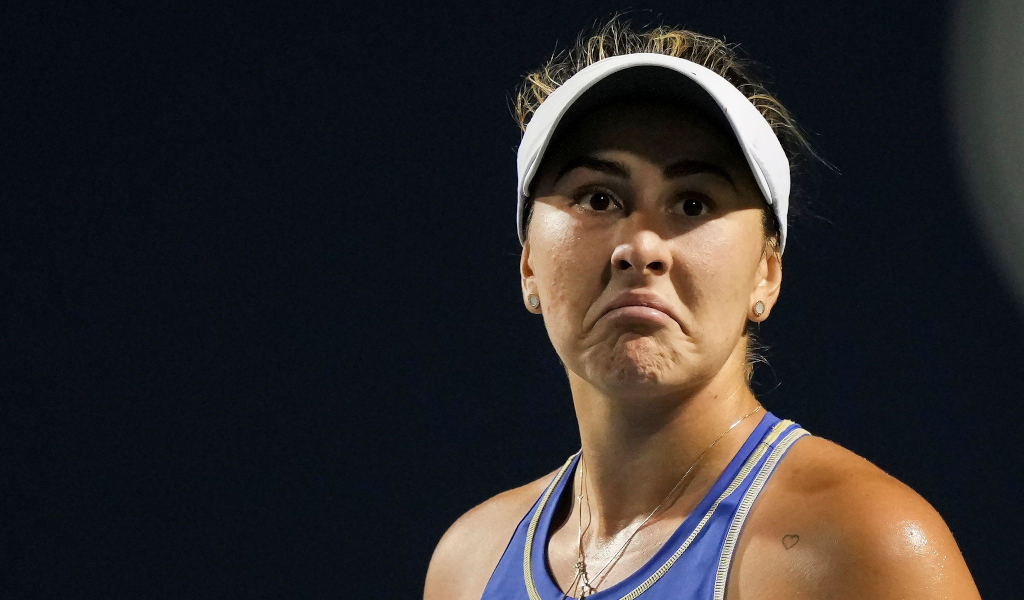 There were positives and negatives for Bianca Andreescu during her first-round match at the 2022 US Open as the Canadian kicked off her campaign with a win, but she did criticise her sponsor after her dress became problematic during the warm-up.

The 2019 US Open champion overcame a second-set wobble to beat Harmony Tan – who defeated Serena Williams at Wimbledon earlier this year – in her opener at Flushing Meadows and set up a clash against the in-form Beatriz Haddad Maia.

Things didn’t start off well for Andreescu as before a ball had been hit she asked the chair umpire if she could change her dress as it was giving her problems due with the wind swirling around – and she blamed it all on her sponsor Nike.

“Can this not count as one of my changeovers because, I mean, it’s not my fault, it’s Nike’s fault. This dress is so bad,” the 22-year-old told the umpire.

After getting the nod from the official, the Canadian added: “Okay, I need to go. This is really bad.”

She was clearly comfortable in the new dress as she dominated the opening set against the French qualifier with breaks in games one, three and five en route to bagelling Tan. However, the world No 112 returned the favour in the second set as she raced into a 4-0 lead and eventually served it out.

“I wake up every morning wanting to play on stages like this and it’s my motivation to be here and continue to inspire others means a lot to me,” Andreescu said after her win. “I am so ready for my next match.”

Andreescu can expect a tough challenge in the second round from Haddad Maia as the Brazilian won the Nottingham Open and Birmingham Classic in June while she also finished runner-up to Simona Halep at the Canadian Open.

Andreescu is yet to make it to the third round of a Grand Slam this year as she fell in the second round at Roland Garros and Wimbledon while she missed the season-opening Australian Open due to injury.

Also through to the second round is third seed Maria Sakkari after the Greek defeated Tatjana Maria from Germany 6-4, 3-6, 6-0 while French 17th seed Caroline Garcia – who won her maiden WTA 1000 title at the Western & Southern Open earlier in August – defeated lucky loser Kamilla Rakhimova 6-2, 6-4.