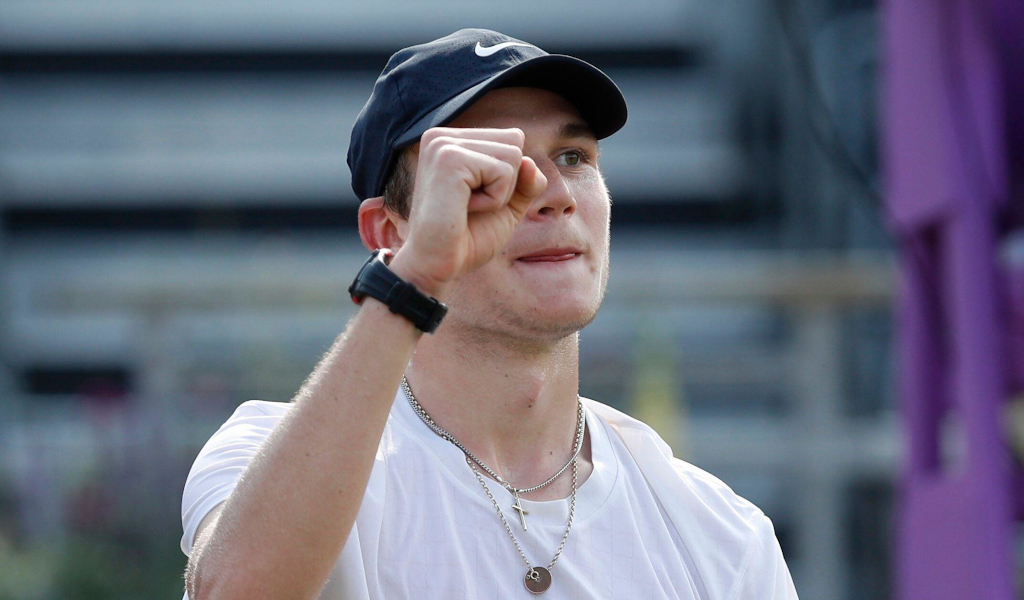 Jack Draper produced a stunning performance to defeat sixth seed Felix Auger-Aliassime and join Andy Murray in the third round of the US Open.

Murray reached the last 32 at Flushing Meadows for the first time since 2016 earlier in the day, coming from a set down to defeat American wild card Emilio Nava 5-7 6-3 6-1 6-0.

But he was upstaged in the US Open night session by 20-year-old Draper, who has improved at lightning speed this season and dominated last year’s semi-finalist Auger-Aliassime in a 6-4 6-4 6-4 victory.

The future on display.

“It was a tough match,” said Draper. “He’s obviously a top player for a reason. Someone I’ve been watching for the last few years, wanting a chance to play against him.

“To beat him in a grand slam is obviously a great achievement for myself. I’m proud of the way I performed out there today.

“All the hard work that I’ve put in the last few years is for these moments. Obviously (for) myself it means a lot too, but (for) all the people around me that support me on a daily basis, that go through the highs and lows with me, this is a great moment.”

The result means Draper, who next meets Russian Karen Khachanov, will break into the top 50 for the first time having been ranked outside 250 at the start of the season.

Murray did not have things all his own way against 20-year-old Nava in an inter-generational US Open second round match, losing an 84-minute opening set before turning things around impressively.

The Scot is at last not fighting against his body, and he said: “Physically this is the best I have felt in the last few years. My movement is by far the best it has been in a long time, that has always been a really important part of my game.

“Nowadays, especially with a lot of the guys hitting a huge ball, you need to be able to defend well. I feel like I am doing that just now. I am getting closer to where I want to be and hopefully I can have a deep run here.”

The 2012 champion faces a big test next against 13th seed and former Wimbledon finalist Matteo Berrettini.

There was disappointment, though, for Harriet Dart, who was unable to follow up her big win over Daria Kasatkina, going down 6-4 6-0 to Dalma Galfi.

Dart was tearful afterwards, saying: “It was a lot to process from the other day. I didn’t quite get going and felt pretty horrendous out there. It’s just disappointing to play like that at a slam. You have such highs and such lows in a week.

“I haven’t been feeling that well all week but I managed to find something on Monday. I think it just emotionally took a lot out of me and physically I’ve been quite exhausted over this trip.”

Cameron Norrie and Dan Evans will try to make it four British men into the third round when they take on Joao Sousa and James Duckworth, respectively, on Thursday.