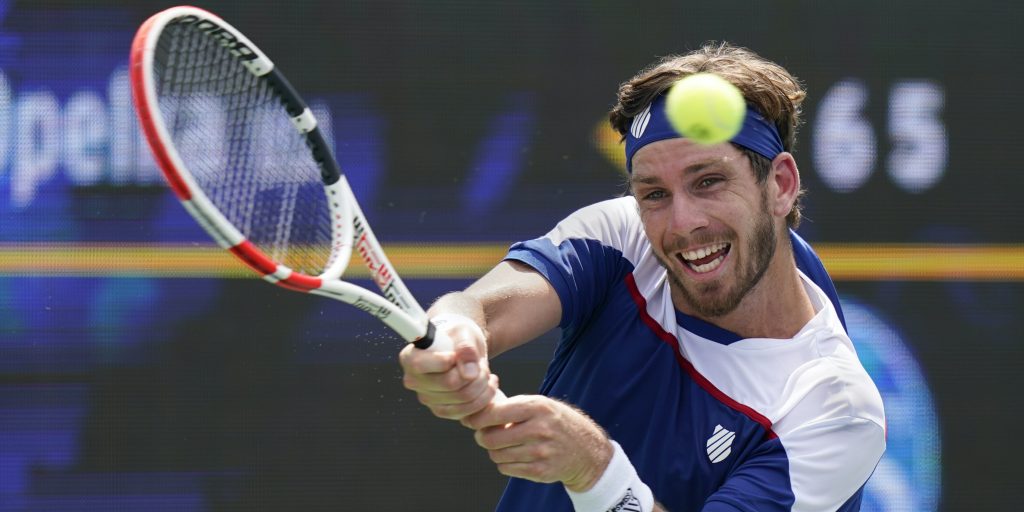 British No 3 Cameron Norrie produced the first upset of this year’s US Open by coming from two sets down to stun ninth seed Diego Schwartzman.

Norrie was staring down the barrel of a straight-sets defeat until the wheels came off for Argentinian Schwartzman in the third.

Having hauled himself level, a thrilling, fluctuating fifth set eventually went to Norrie, ranked 76 in the world, to seal a memorable 3-6 4-6 6-2 6-1 7-5 victory in just under four hours.

Unbelievable comeback from 2️⃣ sets down 💪

In a match featuring an astonishing 58 break points – a US Open record – Norrie’s serve let him down in the first set as he was broken three times by the world number 13.

The lanky left-hander pulled one back but squandered four break points at 2-3, and then dropped serve again to lose the set with a wayward forehand.

Norrie clawed back an early break, gift wrapped with a double fault, in the second, but at the end of a punishing set all he had to show for his efforts was a 2-0 deficit and a warning from the umpire for smashing a ball into orbit.

However, with Schwartzman seemingly annoyed at Norrie avoiding another code violation and then briefly rattled by a time violation, the Briton took advantage and suddenly the comeback was on.

He raced through the third and fourth sets, hitting just 13 unforced errors compared to 34 over the previous two.

A titanic first game in the fifth saw Norrie fend off six break points, four with aces, only for Schwartzman to take his chance at the seventh attempt.

Norrie hit back immediately but the breaks kept coming with Schwartzman edging ahead.

I owe Cam Norrie an apology. I saw he was two sets down, went to have a bath, do some work and I return to see the match is still live and we’re in a decider. This is what is so great about this sport. Expect the unexpected. Battles by true gladiators. @atptour #tennis #USOpen

The South American served for the match at 5-4 but clearly had little left in the tank and Norrie was again able to claw himself level before taking the next two games to wrap up victory.

Norrie said: “I’m pretty tired. The tennis level from me wasn’t that great but I had a pretty good attitude and was fortunate to sneak through. It was a tough one.

“The first two sets I was rushing everything and making too many errors. But I backed myself physically and he was struggling a bit at the end.

“The British guys were watching and Schwartzman was getting a little bit upset at them cheering me. It was good to get over the line.”