Carlos Alcaraz: ‘I have dreamt of this since I was a kid – to be No 1 and to be a Grand Slam champion’ 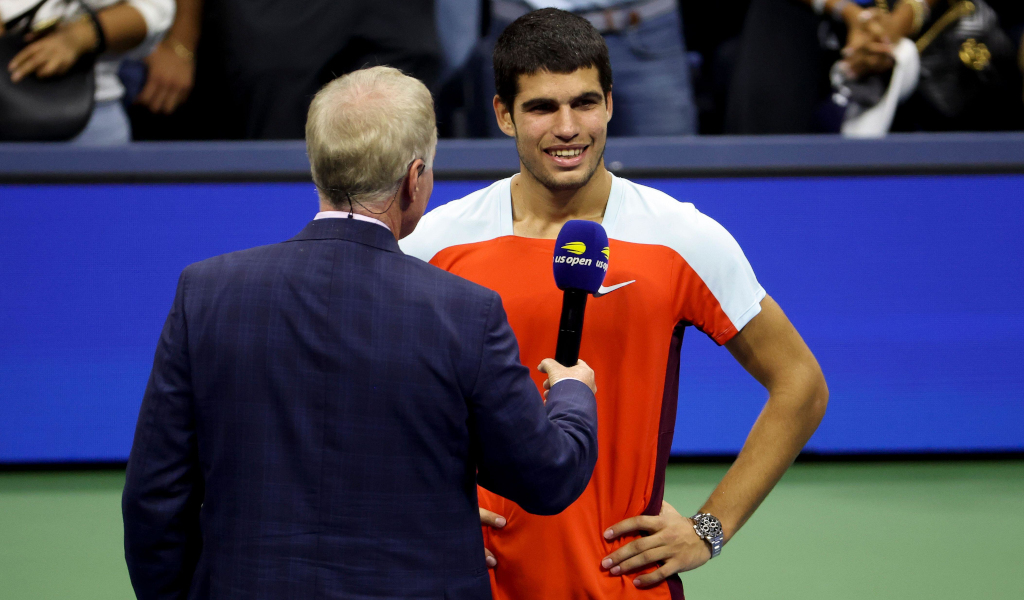 Dreams do come true, just ask Carlos Alcaraz as the teenager ticked two boxes in one go by beating Casper Ruud in the 2022 US Open final.

Back in May, shortly after winning the Madrid Open – his fourth title of the season, Alcaraz declared that he has two major career goals.

He couldn’t quite pull off the Grand Slam win at Roland Garros as he lost in the quarter-final while he exited Wimbledon in the fourth round.

His rise up the rankings up had already been pretty spectacular at that point as he started the year at No 32, made his top 10 debut in May while was sitting at a career-high No 4 at the start of the season-ending Grand Slam.

On Sunday he had a chance to tick both achievements off his to-do list as a maiden Grand Slam and the No 1 spot in the ATP Rankings were on the line in the final at Flushing Meadows and he did it in brilliant fashion, beating Ruud in four sets.

“This is something I have dreamt of since I was a kid, to be No 1 in the world, to be a champion of a Grand Slam. It is tough to talk right now. There are a lot of emotions right now,” he said during the trophy presentation.

“It is something I have tried to achieve. All the hard work I have done. I am just 19 years old so the top decisions are with my team and my parents. It is really special for me.”

The 19-year-old, who became the youngest world No 1 at the age of 19 years and 129 days and the seventh youngest men’s Grand Slam winner.

“I always said there was no time to be tired in the final run of a tournament,” the new world No 1 added.

“You have to give everything on court, everything you have inside. It is something I have worked really hard for and it is not time to be tired.”