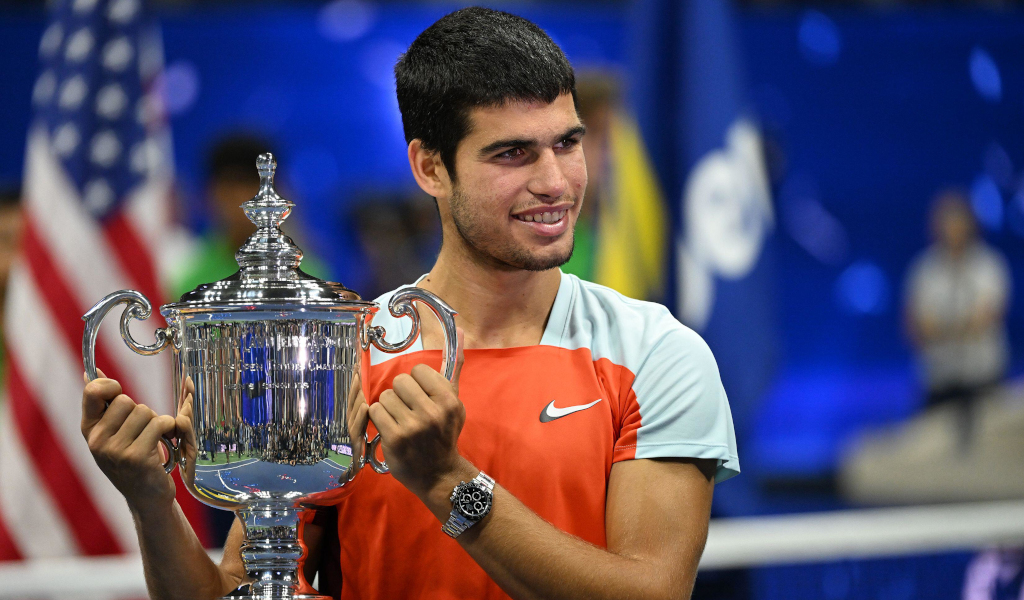 Carlos Alcaraz has set his sights high following his maiden Grand Slam title with the teenager hoping to catch the Big Three of Rafael Nadal, Novak Djokovic and Roger Federer, although he concedes it is “almost impossible”.

Big things have been predicted for Alcaraz from a young age and he has started to fulfill that promise as on Sunday he defeated Casper Ruud in the US Open final to win his first major.

The result also helped him to move to the top of the ATP Rankings and, aged 19 years and 129 days when the rankings were updated, he is the youngest player to achieve the feat.

“To be in that position is something that I have dreamed since I started playing tennis and it is something special for me,” Alcaraz told BBC World Service Sport.

His coach Juan Carlos Ferrero said after his victory at Flushing Meadows that he is only at about 60% of his potential and the youngster agreed, saying: “I am not at my top I have a lot of things to improve so I agree with him.”

Asked if he is hungry for more, he replied: “Of course.”

Many believe his victory also signalled the start of a new era for tennis following two decades of dominance from Nadal, Djokovic and Federer. The trio have won 63 Grand Slams between them, hogged the world No 1 ranking and set numerous other milestones.

“They [Big Three] inspire me to try to catch them. It’s almost impossible but I’m going to work for it and to be remembered like them. I will try to be like them one day,” Alcaraz said.

Meanwhile, famous coach Patrick Mouratoglou explained just what makes the teenager such an “unbelievable” player at 19 with the tennis mentor believing he already has a “complete game” despite his age.

“The first one that is most impressive in his mental strength, that is incredible,” the Frenchman, who is currently coaching former world No 1 Simona Halep, said in an Instagram video.

“All this expectations on his shoulders, the No 1 ranking, the first Grand Slam, having to save match points, being completely exhausted physically and is able to deliver in these conditions.

“The second is his physical abilities. The intensity combined with explosiveness, the way he hits the ball with so much violence with every single shot. And number three is how complete his game is.

“To develop all this at 19 years of age is unbelievable.”