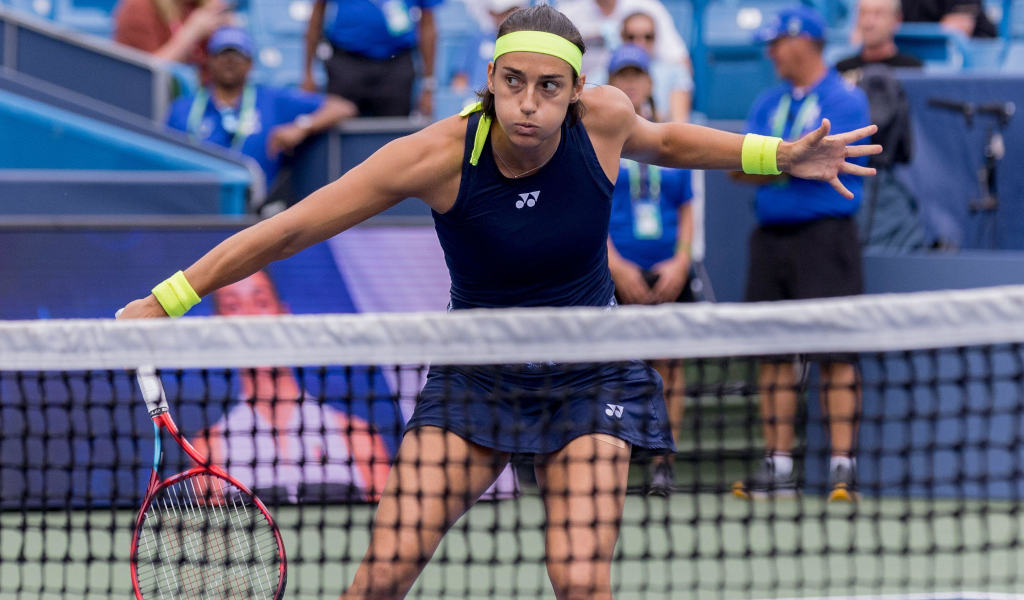 Caroline Garcia feels she has finally found her path in tennis after powering her way past Coco Gauff and into her first grand slam semi-final at the US Open.

Eleven years after Andy Murray predicted Garcia would be world number one when, as a 17-year-old, she led Maria Sharapova at Roland Garros, the Frenchwoman is in the form of her life.

Gauff has also had a great summer but she had no answer to the unerring ball striking of Garcia, who will take on her former junior rival Ons Jabeur in the last four after a 6-3 6-4 victory.

“It was definitely a challenge,” said Garcia of the expectations placed on her shoulders. “When it was 2011 after the Sharapova match, it was a lot of pressure coming from actually nowhere. I was 150, 200 in the world, 17-years-old. My game was not ready.

“The weeks after I went back trying to play the same level, but it was not possible for me. It was tough because people were expecting a lot. But the game, I was not ready for anything of that. It took me some time to come step by step to the top.

“End of 2017, 2018 was a great year, a lot of success. We made some mistakes. I really hope and I think we learn from it. Now it’s a new year, trying to learn from every challenge. I think I grow up a lot with all the challenges on and off court.”

Garcia reached her first grand slam quarter-final five years ago and in 2018 hit a high of fourth in the world rankings, but there had been significantly more downs than ups since.

She was ranked 75th in mid-June when she headed to the grass courts of Bad Homburg in Germany and went on to pick up her first title in three years.

Coached for most of her career by her father Louis Paul, Garcia has thrived under new coach Bertrand Perret and arrived in New York buoyed by two further titles – on clay in Warsaw and the big hard-court event in Cincinnati.

Back in the top 20, Garcia has ridden that wave at Flushing Meadows and this win made it 13 consecutive victories.

What makes the Frenchwoman stand out is her determination to take the ball early. Gauff hit a 128 miles per hour serve in the second round but Garcia was standing on or inside the baseline to return and drilling the ball into the corners or at her opponent’s feet.

“I’m just trying to focus on my game, on what I like to do, how is the best way for me to play tennis,” said Garcia. “The path is very clear right now, which direction I have to go, under stress, under pressure. I’m just trying to follow this path.”

Gauff rallied after losing the first four games but was unable to really make life uncomfortable for Garcia, who dug herself out of the tight moments impeccably.

At 18, time is very much on Gauff’s side, and she will crack the top 10 for the first time after following up her maiden slam final at the French Open with a first quarter-final in New York.

The teenager said: “Her level was great. I knew it was going to be great coming in. I feel I didn’t play at the level I needed to to come out with the win today. Overall I’m super proud of myself on this tournament. But I’m hungry for more. So maybe next year.”

Earlier, Jabeur became the first African woman to reach the US Open semi-finals in the open era with a 6-4 7-6 (4) victory over Serena Williams’ conqueror Ajla Tomljanovic.

There were some moments of frustration for the Tunisian, who threw her racket several times, but she battled back from 5-3 down in the second set.

Jabeur said with a smile: “I apologise for my behaviour really. I wanted to keep calm but the racket kept slipping away from my hand.”

After reaching the Wimbledon final she is again close to a maiden slam title, and she said: “Definitely I believe more in myself. I made it to the final at Wimbledon so I believe I can make it another time. I know that I have it in me that I can win a grand slam.”