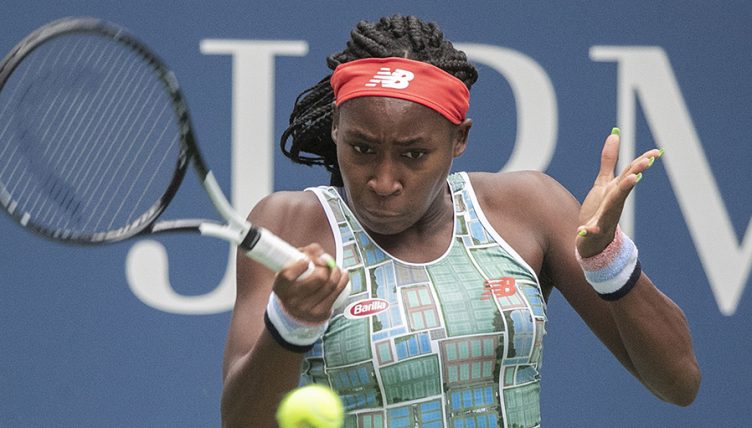 Coco Gauff is back to wowing Grand Slam audiences after she battled back from a set down to beat fellow young-gun Anastasia Potapova on her US Open debut.

Gauff was a massive hit at Wimbledon earlier this summer where she made it to the second week playing some tennis that was well beyond her 15 years.

And she will get the chance of at least one more match at this year’s US Open thanks to an deeply impressive 3-6, 6-2, 6-4 success.

“It was crazy,” Gauff said in her post-match press conference. “Obviously I was nervous going out on the court.

“It’s such a big court. Then my home slam, so I wanted to do well. The crowd really helped me the whole match. Like, it was really a great atmosphere to play in and a great experience for me.”

Popovic, 18, has an impressive pedigree herself after winning the girls singles at Wimbledon in 2016.

“Honestly, I just wanted to win so bad, I was trying to really dig deep,” added Gauff.

“We had a couple long rallies, then I got some winners here and there.

“I mean, I really don’t remember the match too well because everything is still a blur.”