Comment: Umpire Carlos Ramos was right to ‘go for the jugular’ in US Open final

It wasn’t pretty, it won’t have won him any fans, in fact he is likely to receive a torrent of abuse, but chair umpire Carlos Ramos was left with little choice but to ‘go for the jugular’ during the controversial US Open final.

Quite a few former players and pundits believe Ramos should have tried to manage the situation and instead just given Serena Williams a warning about crossing the line during the match against Naomi Osaka.

“Because of the big occasion – finals, the score, a game penalty – he should have warned her,” Chris Evert told BBC Radio 5 live.

“Scold her. ‘Ms Williams you need to be quiet because if you keep going on like this it will be a game.’

“Because of the enormity of the moment he should have given her a little bit of a break – but instead he just went right for the jugular.”

But the damage had already been done, Williams had already crossed the line and as there were three clear strikes against the American. 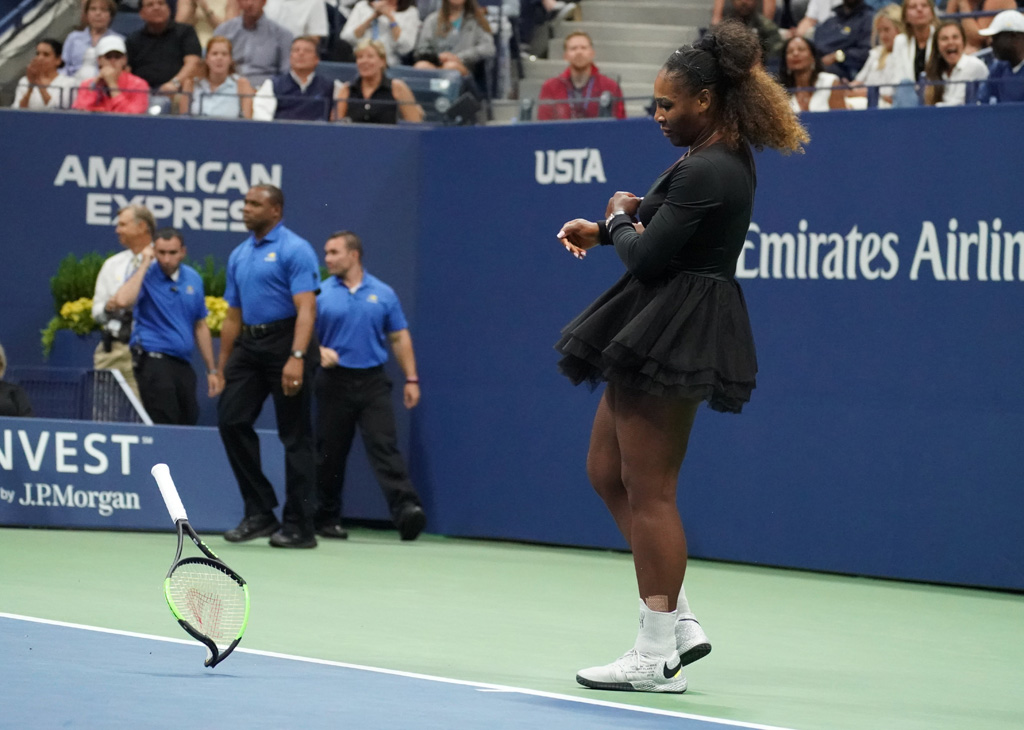 By the letter of the law, he was right to penalise Serena Williams on all three occasions, US Open final or no US Open final.

The drama unfolded when the 23-time Grand Slam winner was given a code violation early in the second set for coaching by Patrick Mouratoglou.

If the umpire decides that there was coaching, then it is a black and white decision.

“Players shall not receive coaching during a match (including the warm-up). Communications of any kind, audible or visible, between a player and a coach may be construed as coaching.”

That is what the official wording about coaching during Grand Slams.

And while Williams insisted she wasn’t coached, Mouratoglou put an end to the matter.

“I was coaching but I don’t think she looked at me,” Mouratoglou said. “Sash [Osaka’s coach Sascha Bajin] was coaching as well. Everybody does it.”

The fact that “everybody does it” doesn’t make it right.

A few games later and Williams took her frustration out on her racket and again Ramos was justified in giving her a second violation and a point penalty.

“Abuse of rackets or equipment is defined as intentionally, dangerously and violently destroying or damaging racquets.”

Instead of using her experience and keep control, Williams allowed her emotions to get the better of her.

With Osaka leading 4-3, she lost it as she accused the umpire of “lying”.

“You are a liar. You will never be on a court of mine as long as you live. When are you going to give me my apology? Say you are sorry,” she shouted at the official.

And again, umpire Ramos didn’t have much of an option as she was docked the next game.

“Verbal abuse is defined as a statement about an official, opponent, sponsor, spectator or other person that implies dishonesty or is derogatory insulting or otherwise.”

Otherwise, where do you draw the line when it comes to abuse of officials?

You just can’t have players going off like that, we see it happen a lot in football and it’s not a pretty sight.

Earlier in the tournament chair umpire Mohamed Lahyani was criticised after his on-court pep talk to Nick Kyrgios.

Lahyani went “beyond protocol” after he stepped down from his chair to speak to the Australian about his performance.

Ramos would not have quite gone “beyond protocol”, but you can’t have your bread buttered on both sides and want one umpires to “stick to the letter of the law”, but on the other side you want them to manage situations.

Unfortunately, it is all down to Williams as she allowed the situation to get out of control. Many a player has been given code violations, but simply got their heads down and got on with it.