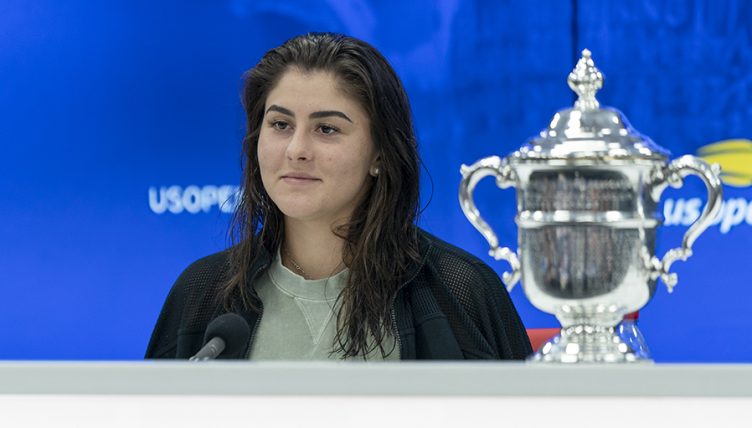 Reigning US Open champion Bianca Andreescu will defend her title at Flushing Meadows in August, saying she “plans to make the most of the opportunity to get back on the court”.

After much debate, the United States Tennis Association confirmed on Tuesday that the 2020 US Open will go ahead, but it will be played without fans while strict health and safety will be introduced to minimise coronavirus risks.

World No 2 Simona Halep has indicted that she is unlikely to play in New York, but 23-time Grand Slam winner Serena Williams has committed to the tournament.

Andreescu, who beat Williams in the 2019 final to win her first major, has also confirmed she will feature.

“The US Open will always hold a very special place in my heart. Arthur Ashe is where I won my first grand slam title and I treasure so many unforgettable moments at the Billie Jean King National Tennis Center,” she wrote on Twitter.

She added: “I can’t stress enough that the health and safety of, not only the players, but of all those involved in making tennis happen again this season is, and has always been, of utmost importance.

“I have no doubt that the USTA has come up with the best plan to ensure our safety as we look to the return of tennis in 2020.

“The decision, I know was not made lightly and I completely support and understand every players personal opinions on the matter and their comfort level traveling near and far to compete on the world’s biggest stage.

“Returning to life as we once knew it is no longer an option. But, I plan to make the most of the opportunity to get back on the court, re-connect with players and friends and hopefully bring tennis back to the millions of fans across the globe safely.”