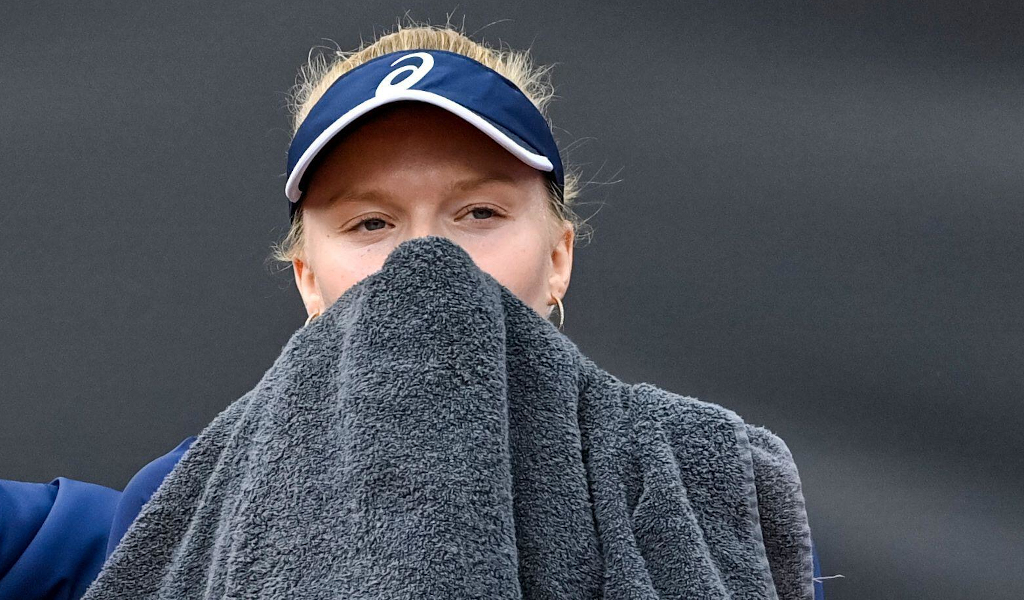 Harriet Dart broke down in tears after following up the best victory of her career with a swift defeat against Dalma Galfi in the second round of the US Open.

Dart claimed her first win over a top-10 player by seeing off Daria Kasatkina in round one but was swept aside 6-4, 6-0 by Hungarian Galfi in just an hour on Wednesday.

She could not hide her disappointment afterwards, revealing she has been suffering with illness.

“It was a lot to process from the other day,” said Dart. “I didn’t quite get going and felt pretty horrendous out there. It’s just disappointing to play like that at a Slam. You have such highs and such lows in a week.

“I haven’t been feeling that well all week but I managed to find something on Monday. I think it just emotionally took a lot out of me and physically I’ve been quite exhausted over this trip.

“Of course she was playing well and I knew that going into the match. She got off to a good start then I came back a bit. I just couldn’t find my feet, which was a bit strange.”

Dart is currently ranked three places higher than Galfi at 88, providing the Brit with a very good chance at reaching the third round of a Grand Slam for the second time.

But she made a terrible start, losing the first four games on another sweltering day at Flushing Meadows, and her vulnerable serve was pummeled throughout. Dart ended the match with a tally of 18 unforced errors and only three winners.

Had she won, the 26-year-old would have overtaken Emma Raducanu to become the new British No 1, but that will now have to wait.

“If I can just keep winning matches and doing the right things day to day, good things happen,” said Dart, who broke into the top 100 for the first time this spring.

“If it happens to be that I’m able to be British No 1 then that’s great, it would be a great achievement, but I also know I’ve got to win a lot more matches to be able to be in that position.

“My main goal is to make sure I’m main draw in Australia and hopefully sitting higher than I am now. But at the same time it’s about not trying to play too many tournaments.

“I’ve felt this year has been a really good learning year for me in terms of I’ve played quite a heavy schedule. I’ll do things a lot differently next year.”