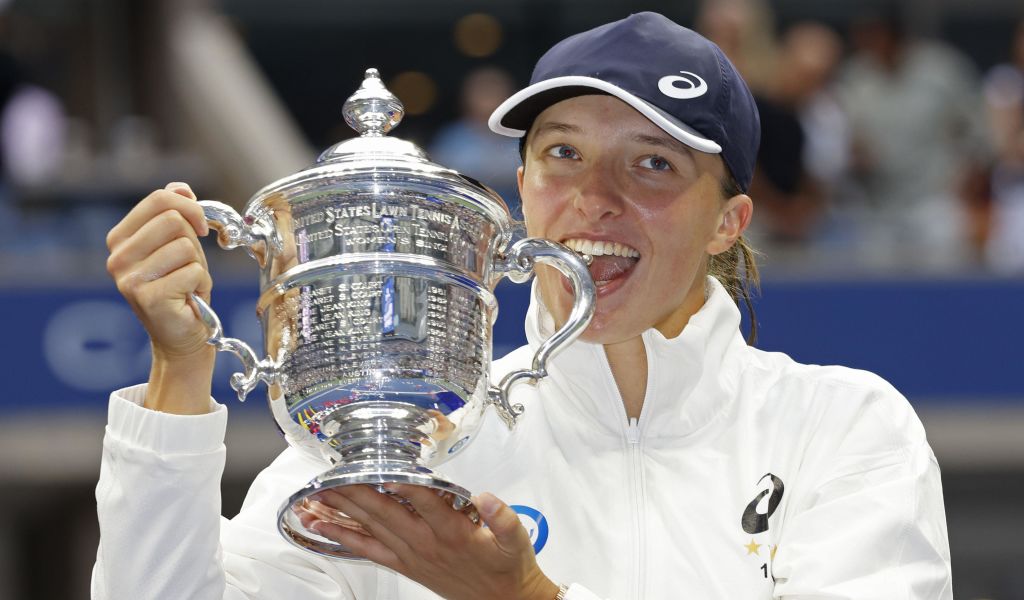 So what happens after the modern greats of tennis hit their final ball?

It’s a question we have been asking for as long as any of us can remember, but this year’s US Open has given us all the answers we were looking for and more.

The final throws of Serena Williams’ remarkable career may have dominated the opening week of the final major of 2022, but her exit might have signalled the beginning of the end for the old guard who have served the game so well.

New stars are emerging to take the place of the champions who have had it all their own way for the last two decades and as we entered the final weekend of action in New York, true lovers of tennis have not been thinking about Roger Federer, Rafael Nadal or even Novak Djokovic.

Djokovic’s army of disgruntled fans will not want to read this assessment after their hero was blocked from entering America due to his Covid vaccine status, but this year’s US Open has ended the theory that tennis will grind to a halt when the giants of the game win their last title.

Of course, this event could have been even more compelling if Djokovic had followed the guidelines required to take part, but he opted against that long ago and the game has moved on without him for now.

The Wimbledon champion may well return to Grand Slam action if he is allowed into Australia in January, but the stars on show at this year’s US Open ensured the absence of the Serbian great has not been felt over the last two weeks.

From first to last we have had captivating stories, remarkable sub-plots and sensational tennis on the courts at Flushing Meadows, with Saturday’s women’s final between Iga Swiatek and Ons Jabeur a fitting conclusion to that tournament.

Throw in the epic performances of Carlos Alcaraz, the remarkable stories created by Nick Kygios and Frances Tiafoe and some compelling tales on and off the court and it adds up to a special Grand Slam that has a unique sparkle to ensure it will live long in the memory.

We are also being treated to two finals that will live long in the memory as the tournament reaches a crescendo, with both matches significant enough to ensure they will be remembered for years to come.

Swiatek’s first US Open win after her straight sets win against Ons Jabeur cemented her status as the game’s shining light and in the opinion of former champion Kim Clijsters, her achievement is all the more impressive given her age.

“She is still so young,” Clijsters told Eurosport. “I think we forget that sometimes because we see her being so focussed and dedicated but she is an incredible champion. And gave an incredible speech as well, just an amazing moment for her.

“To me, her biggest strength is her movement. She is able to bring so many balls back and she was able to do that today.

“For her to be a role model in her country, not just there but many parts of the world. She is accessible and talks to the kids. She takes time for everyone and that’s what people want to see from great champions and it’s fun. She knows that’s part of the job but it comes very naturally.”

Sunday’s men’s final between Alcaraz and Norway’s Casper Ruud will also be marked down in history as after so much dominance from a handful of familiar names, a new world No 1 will be crowned at the same moment when he wins his first US Open title.

“For the tennis world, it’s massive that they will play in the finals at the US Open and fight to be the number one,” said former world No 2 Alex Corretja, again speaking to Eurosport.

“It is huge news, competing at the Grand Slam final for the first time against each other, and fighting for the number one at the US Open – that will be unbelievable.

“That will be probably the best thing that can happen to our sport, it is unbelievable they play against each other. That’s not me saying Tiafoe versus Khachanov wouldn’t have been a good final, but definitely fighting for the number one will be something very special.”

Mats Wilander also suggested the new names in the final on Sunday is a good development for the game as he told Eurosport: “It definitely shows that there’s a changing of the guard going on, and obviously some of it has to do with age – for Roger Federer.

“The depth in the men’s game is unbelievable. There are new faces, and you know me – I love to see new faces. I’m always like ‘get the old guys out of here! Goodbye. You’ve done enough’.”

The point of the tournament brought to you by @carlosalcaraz 👇 pic.twitter.com/ylewLwrqxu

Sport is at its best when it throws up stories of the unexpected and the men’s tournament in New York this year served that up in abundance, with defending champion Daniil Medvedev going our surprisingly early and the Alcaraz vs Ruud final a contest few would have picked two weeks ago.

Those who don’t follow the sport will argue the sparkle provided by Federer, Nadal and Djokovic is missing, but the huge crowds packing into Arthur Ashe Stadium and the millions watching on TV around the world will beg to differ.

Will we miss the ‘Big Three’, Serena and the band of heroes that have transcended our sport and taken us to places we could never have imagined over the last 20 years?

Of course we will, but as tennis comes to terms with a life beyond our modern greats, this US Open has given us a glorious glimpse into the future of tennis – and we like what we see.