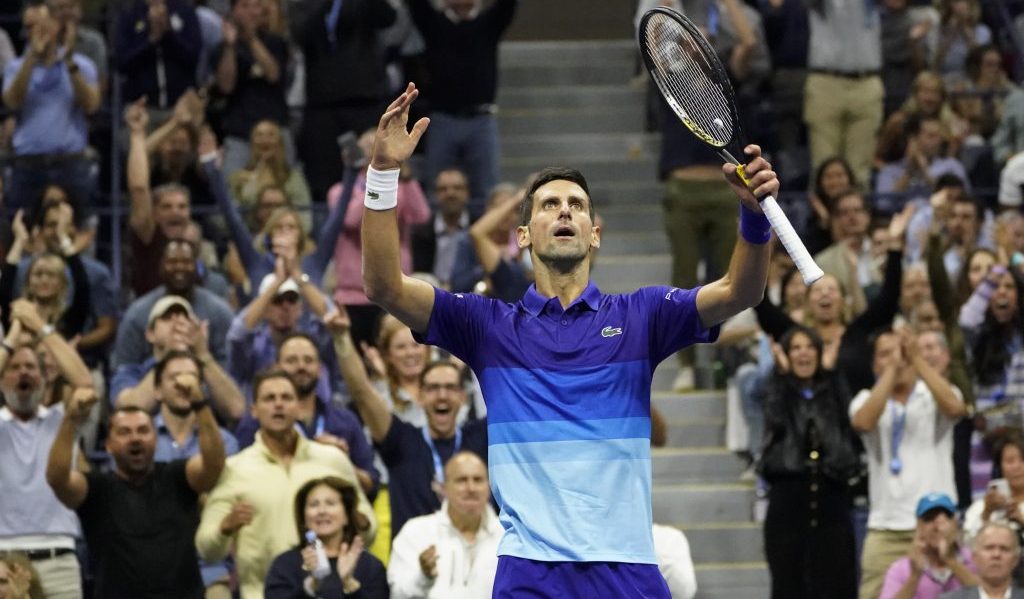 Novak Djokovic said he will treat Sunday’s US Open final “like it is the last match of my career” after battling to a five-set victory over Alexander Zverev.

Defeat by the German earlier this summer denied Djokovic the chance to become the first man to complete the Golden Slam of all four major titles and Olympic singles gold, but the main carrot of the calendar Grand Slam and a 21st slam title are now only one match away.

Zverev came from a set down in Tokyo but here the tables were turned, with Djokovic recovering from that position for the fourth match in a row and then overcoming a fourth-set hiccup to win 4-6, 6-2, 6-4, 4-6, 6-2.

Victory over second seed Daniil Medvedev on Sunday would see him become the first man since Rod Laver – who was among the crowd on Arthur Ashe – in 1969 to win all four slams in one year, as well as moving him clear of his great rivals Roger Federer and Rafael Nadal at the top of the men’s slam count.

Zverev was deflated after his epic defeat against Djokovic, but he confirmed he was closer than ever to breaking through at Grand Slam level and his time will surely come.

Playing out some epic rallies with Djokovic, their 53-shot exchange (below) was a highlight that brought the New York crowd to their feet.

“It was a great battle. Kind of a little bit disappointed with the start of the fifth set. To be honest, apart from that, it was a good match. I think we both left it all out there,” said Zverev.

“The second break in the fifth set was so ridiculously unlucky that it sometimes happen. But he’s No. 1 in the world for a reason and he showed that.

“He comes up with the best tennis when he needs to. We play 55-shot rallies. The only way for me to win that rally is to hit a forehand winner. That says it all, on a set point [down],” Zverev said.

“I think mentally he’s the best player to ever play the game. Mentally in the most important moments I would rather play against anybody else but him.”