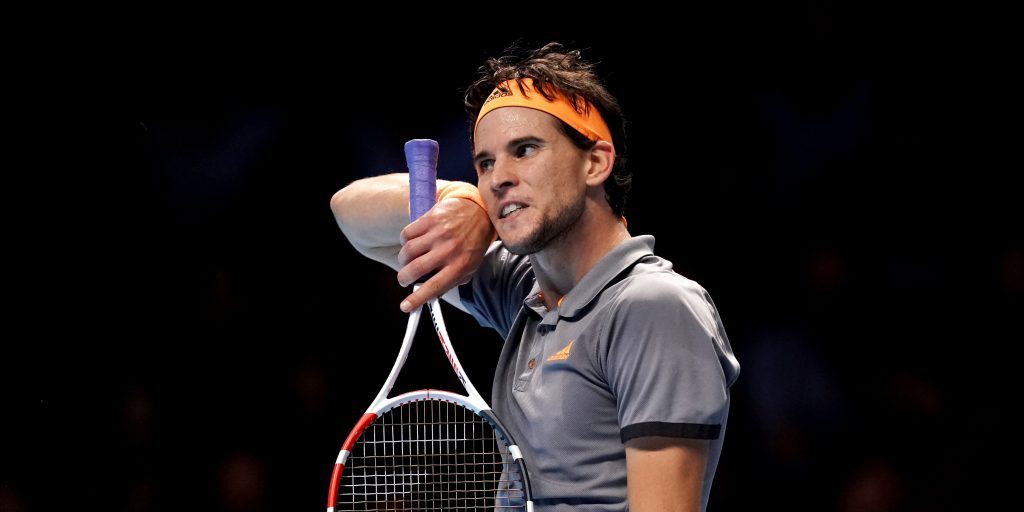 World No 3 Dominic Thiem admits he has faced a new challenge in getting ready for the US Open this week.

The Austrian, who is eyeing a first Grand Slam title, was knocked out in his first match at the Western & Southern Open last week – the warm-up tournament that was played at the same Flushing Meadows site.

Normally after such an early exit, a player would swiftly move on to the next city, but being stuck in the bubble has presented new problems.

@dieschwartzman was asking for some extra balls for practice 🎾

“It’s not easy. Normally if you lose, you’re always super annoyed and disappointed if you lose. Normally you hop on the plane and go to a different place.

“It’s easier to forget. Here you’re stuck in the same place for a very long time. So it’s not easy to forget the loss, to get your mind on different things.

“For now I’m fully focused on this tournament. Try to do as good as possible here in New York.”

Thiem, seeded second, lost the Australian Open final to Novak Djokovic in January and the Serbian will again be the man to beat.

Who’s got the toughest road to the 🏆?

Djokovic will be hoping to capitalise on his fabulous form in 2020, when he has won all 23 matches he has played and is the clear frontrunner.

The absence of Rafael Nadal and Roger Federer will also enhance his chances of winning an 18th grand slam and a fourth US Open crown.

The Serbian is also embracing the unusual nature of this tournament, which is renowned for the raucous atmosphere created by the fans.

“I always love playing in New York,” he said. “I think I’m not the only one who shares the opinion that this is probably the most exciting, energetic, dynamic, explosive tennis court that we have in the sport with the fans and 22,000 people that fit in on that court.

“So I really am grateful that I got to experience so many times in my career the wonderful feelings on that court.

“It is strange to see empty stands. The circumstances are very unusual. But we have to accept that, we have to deal with it and try to embrace it.

“I think I see also some positives, I mean, something that we have not experienced so much and obviously pressure is there when you’re facing a break point or you have to win a match.”

Third seed Daniil Medvedev is hoping to go one better this year, after agonisingly losing in last year’s final.

The Russian nearly sprung a surprise in 2019 when he took Nadal to five sets, but the 24-year-old is not looking to the past.

“Of course, it was an amazing match. I mean, the only grand slam final I had,” he said. “But also as a person I always try to look at the present and the future, try to work to have the best future, let’s say, in the tennis world. Don’t think so much about the past.

“Of course, sometimes I do remember it. It was a great match, great fight, great level. I mean, against Rafa, he was on top of his form. I need to also remember this sometimes, just play the same tennis.”