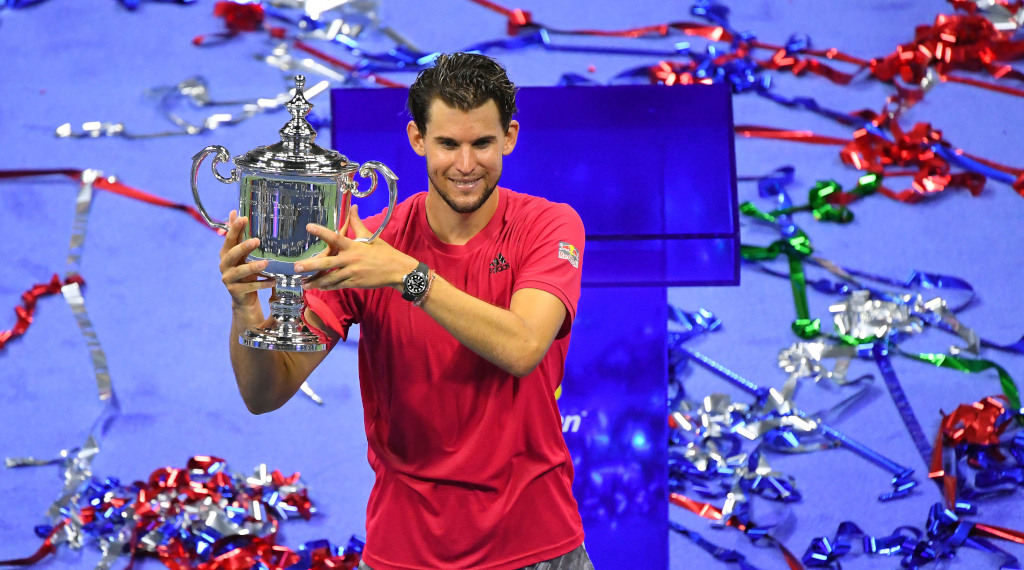 Dominic Thiem is the newest men’s Grand Slam champion after he overcame a disastrous start and a nervous end to beat Alexander Zverev in five sets in the US Open final.

Zverev made a blistering start to take a two-set lead and also found himself a break up early in the third set, but Thiem hung in there and eventually won 2-6, 4-6, 6-3, 6-3, 7-6 (8-6) in just over four hours to become the second Austrian after Thomas Muster to win a Grand Slam.

The 27-year-old also became the first player born in the 1990s to win a major while he is also the first player outside of the Big Three to win a Grand Slam since Stan Wawrinka won at Flushing Meadows in 2016.

For the first two sets and a bit it looked like the name of Zverev would be on the trophy as he dominated early on as his serve and volley tactic on the second serve worked a charm alongside his blistering forehand.

HISTORY IS MADE BY DOMINIC THIEM!

He broke as early as the third game and then got an insurance policy in game seven. The stats were pretty incredible at the end of the opener: 16 winners, six unforced errors, 92% first serve points won and seven of eight net points won.

Incredible start to this final from @AlexZverev 💪

With 16 winners already, the German takes the opening set 6-2 over Thiem. #USOpen pic.twitter.com/FEMDPSvb2Z

That theme continued early in the second set as the German continued to dominate, breaking twice to go 5-1 up, before overcoming a slight wobble to serve out the set.

Having broken the Austrian in the third game of the first two sets, Zverev repeated the trick in the third set and appeared on course for a three-set win.

But Thiem was not done yet as he threw a spanner in the works and, helped by some poor serves and sloppy play from Zverev, broke back immediately.

Back on serve they were and Zverev continued to tighten with his serve misfiring, and it was no surprise when Thiem got a precious break in game 10 to get a foothold in the match as he took the set.

Thiem was now starting to fire, not yet on all cylinders, and the pressure eventually told as he broke in game eight before serving out the set to draw level.

The decider was a case of who would hold their nerve as Thiem broke Zverev in the opening game only for the German to break back in the very next game. 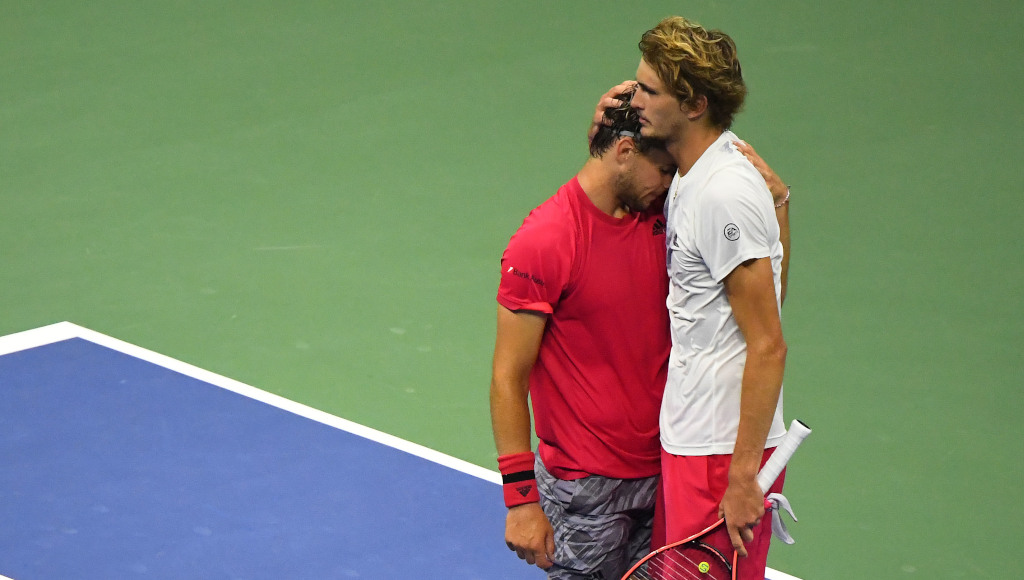 After a couple of service holds, it was Zverev who got his nose in front with a break in game eight and he then served for the match, but again got twitchy and Thiem broke back.

The Austrian drew level at 5-5 and then broke again and it was his turn to serve for the match, but again there was another twist as Zverev broke back.

And so it went to the fifth-set tie-breaker with Zverev getting the first mini-break, but it was soon back on serve before Thiem edged ahead on the eighth point and found himself with two match points.

Zverev saved both, but Thiem was not to be denied as he finally got the job done on his third match point.