Emma Raducanu on Belinda Bencic, getting support from Andy Murray and being ghosted by her parents 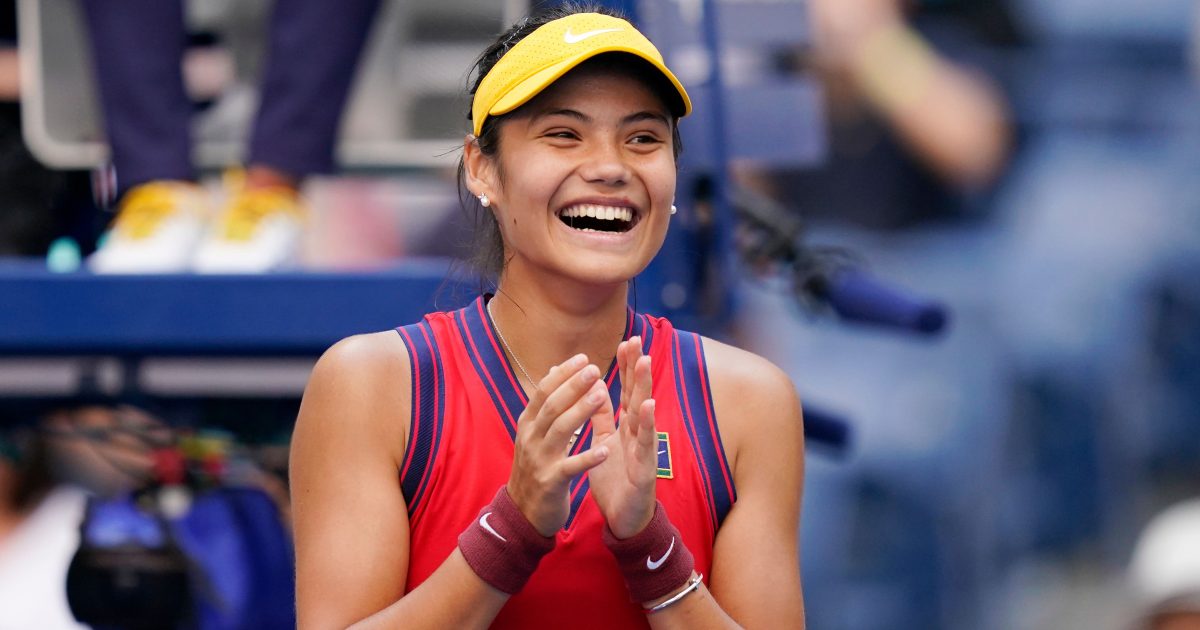 Emma Raducanu produced a clinical display to reach the quarter-final of the US Open on her main draw debut and naturally she was delighted with her performance.

The teenager continued her remarkable run at Flushing Meadows as she brushed aside Shelby Rogers 6-2, 6-1 to set up a last-eight clash against Olympic gold medallist Belinda Bencic.

We are in the last 🎱 of the @usopen 🗽 Thank you to everyone for your continued support! pic.twitter.com/2bLqZt6Y9Z

Raducanu, who reached the fourth round on her Wimbledon debut earlier this year, is yet to drop a set in New York and after the match she spoke to the media and here are some snippets from the press conference.

Q. It’s been relatively straightforward, short matches. What is your comfort level? Are you surprised at all with just how well you’re doing?

EMMA RADUCANU: Yeah, I think the scorelines are quite irrelevant because the matches and the dynamic and the games, a lot are going to deuce. Those long games, like, one can win them, but it’s such a tight match. It’s very difficult to call.

I’m feeling very confident and happy with how I’m performing out here in the States. I feel like I’m building with each match. I’m really excited to see what I can do on Wednesday.

Q. You were looking forward to playing on Arthur Ashe. You almost took the crowd out of the match because you were so overpowering. Talk about your experience with the crowd. Was it what you expected?

EMMA RADUCANU: Yeah, I mean, I was really grateful to have actually received quite a lot of support out there on Ashe, playing an American. I could hear a lot of chants, like people saying, C’mon, Emma, and my name. That meant a lot to me to have received that amount of support out on Ashe playing someone who is the home, like, player.

I know being the home player brings a lot of motivation. Shelby has definitely had a great tournament. She played extremely well here last year. I’m super grateful for all the support that I received in my whole time in New York. Even from my first-round qualifying match when there weren’t any spectators, I still had a couple of people supporting. It’s kind of built, so I’m really, really appreciative.

Q. You’re going to play Belinda Bencic next. How well do you know her, her way of playing?

EMMA RADUCANU: Yeah, I know Belinda. She has a lot of experience on the tour. She’s in great form, having won Olympic gold. I’m also feeling good about my game, also confident with the amount of matches I’ve played. I feel like I’m building with each one.

Q. When Andy Murray won here, you were probably eight or nine years old. Watching Andy during his career, did that inspire you? Other players you looked up to when you were a kid?

EMMA RADUCANU: Yeah, Andy is such an inspirational person to look up. The amount that he’s achieved, the amount he can do with his racquet and skill. To have him like sometimes believe in me, support me, I think it means a lot to have had someone like that.

Also today had Virginia Wade in the front row. I saw her, spoke to her a little bit after the match. It was just really cool to be able to speak to such legends, get their tips on a couple things.

Q. Kind of in terms of the reaction from home, you only left school this summer, do you still get messages from school friends, maybe people of your age who are kind of living very ordinarily lives compared to what you’re doing?

EMMA RADUCANU: Yeah, I’ve got quite a lot of messages from my school friends. It’s really nice that we’re still in contact even though we’ve left. I mean, it was quite a short time ago.

My parents actually like ghosted me after the match. I texted them, but they didn’t reply even though they were online (laughter). Yeah, that meant something.

But yeah, it’s just been such a supportive reaction and atmosphere after Wimbledon and here. I mean, I’m just feeling like really, really happy. I think that’s really showing in my game on court.

Q. Leylah Fernandez said yesterday she wasn’t surprised by anything that she’s achieved here. Are you surprised by what you’ve achieved? Have you allowed yourself to think about the bigger picture or are you saving that?

EMMA RADUCANU: Yeah, I think Leylah’s achieved great results. I think everyone is on their own trajectory. Personally I am surprised that I’m here. I didn’t expect — I knew I was doing a lot of great work that would pay off someday, but you never know when.

I’m super appreciative of the moment. Yeah, having to be here in the US Open, quarterfinals, after not playing for 18 months, is absolutely just incredible.