History was against Juan Martin Del Potro on so many levels as he attempted to win his first major title in the 2009 US Open final.

As he walked out on Arthur Ashe stadium court at Flushing Meadows, he was taking on a sportsman who was already being spoken about as one of the greatest of all-time at a moment when he have an aura of invincibility enveloping him.

On a 41-match winning streak at Flushing Meadows and eyeing up a sixth consecutive US Open crown, while also striving to become the first man since Rod Laver in 1968 to win Grand Slams on clay, grass and hardcourt in the same season after wins at the French Open and Wimbledon in the previous summer.

For Del Porto, this appeared to be mission impossible, but after a comprehensive semi-final win against Rafael Nadal, he pulled off a thrilling 3–6, 7–6, 4–6, 7–6, 6–2 win and as he looks back at his date with destiny now, he admits it is a dream that is hard for him to comprehend.

“At the time I could not explain what had happened when I won the US Open and now, all these years on, the feelings are the same,” Del Porto exclusively told Tennis365.

“It felt like Federer and Nadal were a few steps ahead of me at that time and maybe they still are now, but it the tournament when everything worked for me.

“I beat Nadal in straight sets and played an unbelievable match in the semi-final, but then you have to beat Federer in the final to achieve your dream and it is a very difficult challenge.

“You don’t remember so much about the match, but I remember the last set and thinking I just have to win. I might never get a chance like this again. I have to win and many times you think it will not happen.

“Then the moment you win and the dream is here. It is all over. You win and forever more you have won the US Open. It is the most amazing feeling.” 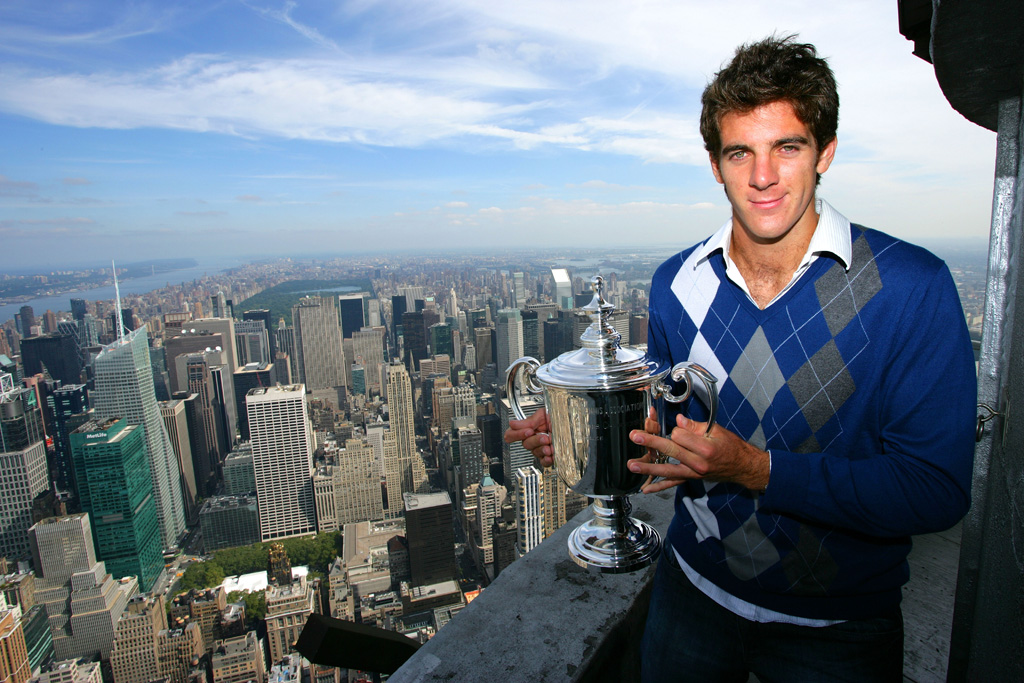 Del Potro beat Federer once again last year’s US Open quarter-finals, but the 29-year-old admits he is a very different player now when he compares himself to the player who won at Flushing Meadows nine years ago.

“So much has changed for me since 2009 and I feel like I am going into this event as a new player,” adds the world No.3, who won his first Masters series title at Indian Wells last March.

“The injuries I have had in my wrist changed my game in so many ways and I have to change the way I hit my backhand and it affects so many parts of my game. It has taken me time to get back to the level where I can compete with the top players again and there were many moments in the last few years when I felt I could never compete with Roger, Rafa and Novak (Djokovic) at the top of the game. It felt impossible, but I am here now and it feels great.

“This is my new career. It is a career I maybe felt I would never have and that is why it feels so special to play in front of big crowds at Wimbledon and the US Open again because it looked like this would never happen again for me.

“When I come back from the injuries, the aim was not to be ranked where I am now. That was impossible to think this could happen. The aim was to compete and maybe try to see where I could get to with my new game and what has happened has been amazing for me.”

Del Potro is clearly struggling to comprehend his US Open win and the comeback that could give him a chance to add to a second major title to his list of achievements in New York over the next two weeks.

There would be few more popular champions than this Argentinian gentle giant at Flushing Meadows this year.