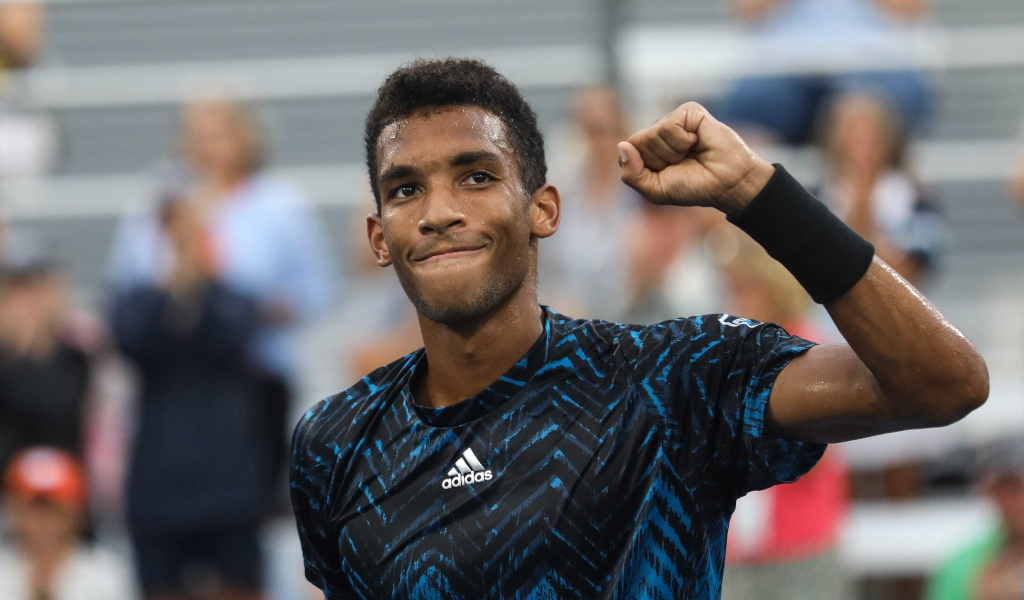 “A little girl and a little boy from Montreal are both in the semi-finals of the US Open” after Felix Auger-Aliassime and Leylah Fernandez booked their places in the US Open last four with the former describing it is as special.

The 19-year-old Fernandez has been one of the stars in New York and she continued her giant-killing run by following up wins over defending champion Naomi Osaka and three-time major winner Angelique Kerber with a three-set defeat of fifth seed Elina Svitolina on Tuesday.

In the process, Fernandez became the youngest semi-finalists at Flushing Meadows since Maria Sharapova in 2005.

Meanwhile, Auger-Aliassime became the first Canadian man to reach the last four after advancing when Spanish teenager Carlos Alcaraz retired with an injury with the score 6-3, 3-1.

Fernandez joked after her win that it is all about the Maple Syrup.

The secret to all the 🇨🇦 tennis success?

Auger-Aliassime, of course, was delighted with the results for their home city Montreal, but hopes they can go a step further.

“It’s great. But it would be amazing if we were both in a final, right?”

Sharing is caring with the Maple Syrup 🍁 😅

Felix Auger-Aliassime discusses how he and Leylah-Annie Fernandez will spend their time off and prepare for the semi-finals 🇨🇦 pic.twitter.com/YS6EOsSeel

The 2021 season has seen Auger-Aliassime reach the fourth round of the Australian Open and the quarter-final at Wimbledon and he is happy that things are clicking.

“I’ve gotten impatient sometimes this year, last year,” he admitted. “I had I think losses that I was disappointed with either in Grand Slams or in Masters. I think I just learned to accept them, to keep my self-belief high, to keep working well, and things would come. Have the belief that things would come, and you never know exactly when, at some point things would click and I would get a great result.

“I’m happy that this tournament, on a stage like this, the US Open, to be performing the way I’m performing. At the same time I’m still in the tournament, so that’s the best part, is that it’s not over.”