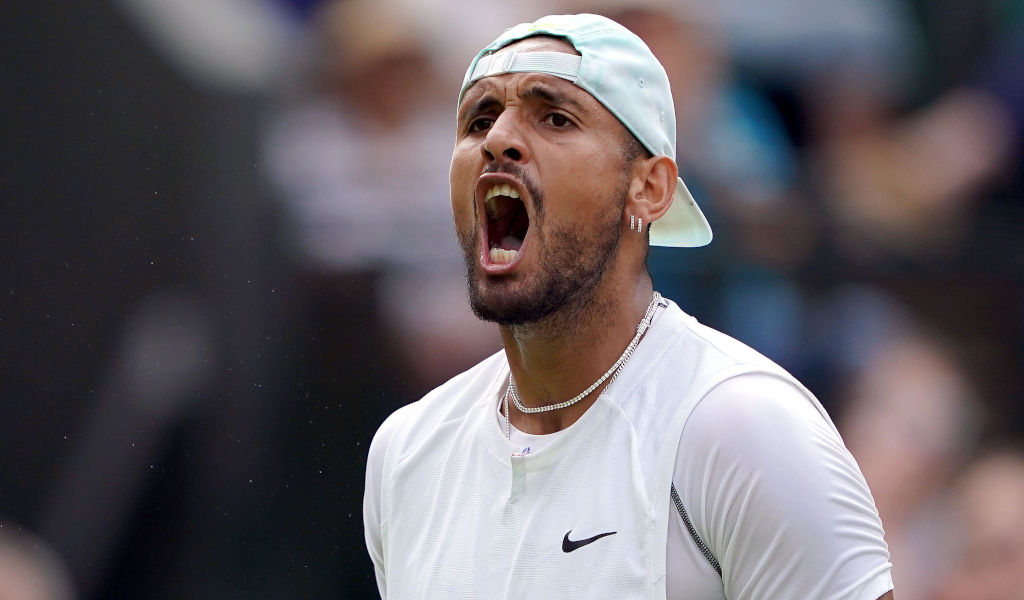 Nick Kyrgios has been in the form of his life the past few months and many believe he can emulate his Wimbledon success at the US Open, but Marion Bartoli is not one of them.

Having thought his ship had sailed when it comes to Grand Slams, the Australian enjoyed a magical run at the All England Club as he reached his maiden major final, finishing runner-up to Novak Djokovic in four sets at SW19.

He carried that form over to the North American hard-court season as he won the singles and doubles titles at the Citi Open in Washington D.C. while he also reached the quarter-final of the Canadian Open, taking down world No 1 Daniil Medvedev in the process.

Many pundits have tipped Kyrgios to be one of the outside bets to win the final Grand Slam of the year at Flushing Meadows, but 2013 Wimbledon winner Bartoli thinks the conditions won’t favour him.

“On the US Open, he may have a little less of this dominance that will be present because he will [have] to recover while playing every other day, even if they are not five-set matches, she told RMC’s ‘Les Grandes Gueules du Sport’, which was translated by Sportskeeda.

“The matches in five sets in New York with the heat and the humidity, you really have to be physically ready otherwise you won’t go the distance.”

Nick Kyrgios picks his US Open winner and it’s not Daniil Medvedev, Rafael Nadal, or himself

Bartoli, though, feels Kyrgios can beat any of the big-name players on his day, except maybe for Rafael Nadal on clay.

“That Kyrgios is a kicker, a player who feels the excitement of big games, a player who isn’t afraid to take on the big guys, that’s obvious,” she said.

“For me he will always be an extremely flamboyant player, who will have the ability in a match to get them all, except Nadal on clay and a few [other] exceptions. But becoming a force on the circuit by being present every week is not Nick Kyrgios’ trademark.”

Kyrgios admitted at the Western & Southern Open that fatigue and homesickness was starting to catch up with him as he lost in under an hour against Taylor Fritz in the second round.

“He is a player who needs a lot of affection, everyone behaves the way he wants to behave, but we know very well that it costs him a lot, being Australian and being away from home for a long time so at some point it unpins,” Bartoli said.

“It started showing up in Cincinnati against Taylor Fritz where it didn’t exist and the game was over in less than an hour.”

Kyrgios’ best ATP Ranking is 13th, but slipped down the list after a poor couple of seasons. However, he has climbed back to No 26 on the back of his recent performances.

So just how far can the Australian climb in the rankings?

“He clearly has the ability to mobilise crowds and fill stadiums, but to become a world top 3? I find it hard to imagine him even if when he plays at his level it’s extremely pleasant to watch him,” Bartoli said.