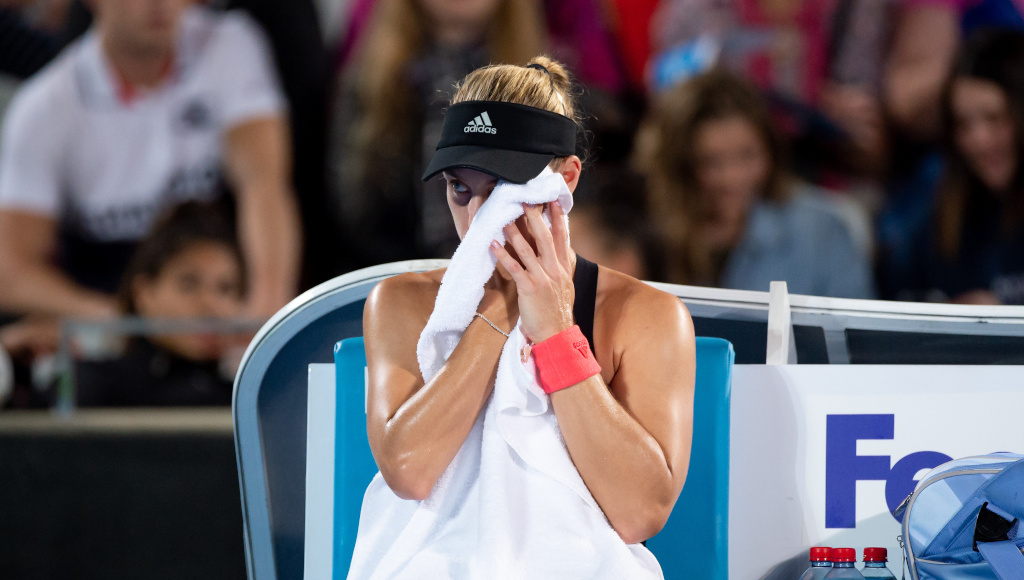 The storm clouds continue to loom over the 2020 US Open as yet another high-profile player has raised doubts about taking part in the tournament.

The US Open was given the green light in June by New York governor Andrew Cuomo on the premise that it would be a behind-closed doors event with strict health and safety protocols.

However, there has been a big spike in the number of new coronavirus cases not just in New York, but across the United States in recent weeks.

Reigning world No 1 Ashleigh Barty, two-time Grand Slam winner Simona Halep as well as Novak Djokovic and Rafael Nadal on the ATP Tour side have admitted they are not sure about competing at Flushing Meadows this year.

Three-time Grand Slam winner Angelique Kerber, who won the 2016 US Open, has now added her name to the list.

“As of today, I say quite honestly, I cannot imagine it. I don’t think anyone wants to get in a plane and fly to New York,” she said.

“At the moment no one knows what’s happening and how it will go on.”

She added: “I have the greatest respect that I or a member of my team could be infected and we’re stuck without knowing how to proceed.”

The WTA Tour is set to resume on August 3 with the Palermo Open before players travel to the United States in mid-August ahead of the US Open, but Kerber says there are still a lot of question marks.

“Who knows – perhaps we’ll not play tennis in the next two years,” she said.