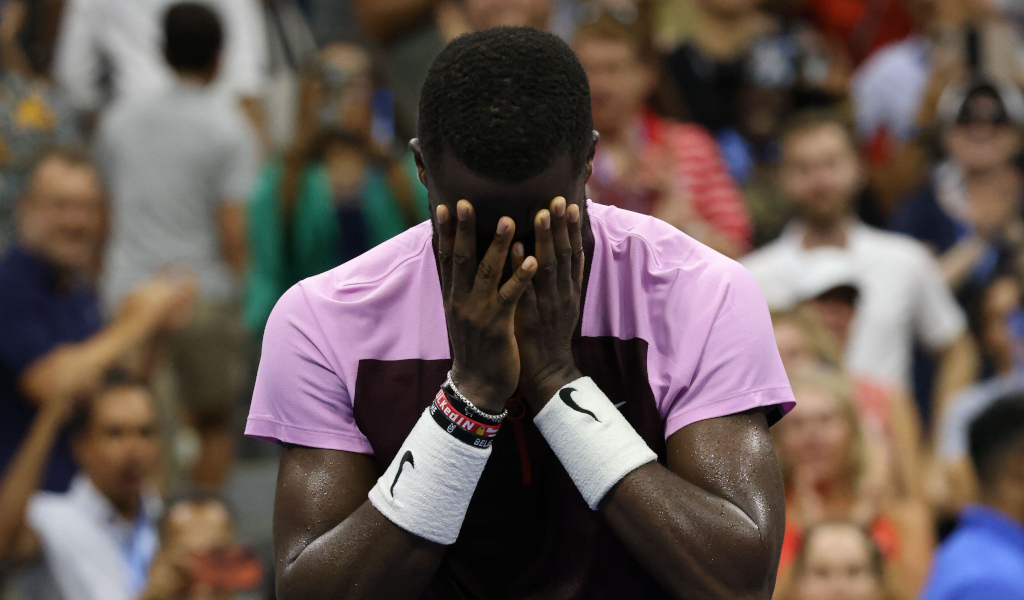 Rafael Nadal’s unbeaten run at Grand Slams in 2022 came to a shuddering halt in the fourth round of the US Open as he went down to an exceptional Frances Tiafoe.

The American was simply too good for the 22-time Grand Slam winner as he outslugged the Spaniard, winning 6-4, 4-6, 6-4, 6-3 in three hours and 32 minutes on Arthur Ashe Stadium.

The result sees Tiafoe into the quarter-final of his home Grand Slam at Flushing Meadows for the first time while he is also only the third American after Andy Roddick (2004) and James Black (2005) to beat Nadal at a Grand Slam.

Reigning Australian Open and French Open champion Nadal, meanwhile, suffered his first defeat in a Slam since he lost in the last eight of the 2021 French Open and ends his 2022 major campaign with a 22-1 record as he withdrew from his Wimbledon semi-final clash due to injury.

Tiafoe, though, had the perfect game plan for the former world No 1 and when things didn’t go according to plan he simply came up with the right answers to the questions posed by the Spaniard with his booming forehands and big serves often getting him out of trouble.

Both players were assured on serve in the opening set with the only break point opportunity coming in game seven and Tiafoe duly accepted it.

Nadal left the court at the end of the set and it was initially thought he just went for a change of clothing, but the trainer went with him and it was later confirmed it was to tape his fingers.

Set two also went according to serve until the 10th game and this time it was Nadal who made the most of two break points to make it 1-1.

The theme continued in the third set with Tiafoe breaking in game seven and the 22nd seed kept the pressure on in set four as he eked out a break point in the opening game, but Nadal held firm.

Suddenly the Spaniard found an extra gear as he broke in game four, but the world No 26 bounced back immediately and then saved two break points on his next service game.

He kept the momentum on the next Nadal serve as he produced some magical tennis to go 4-3 up and, after a solid hold, he wrapped the match up on his second match point.

“He is definitely one of the greatest players of all time [but] I played unbelievable tennis today and I really don’t know what happened.”

The 24-year-old will face Andrey Rublev in the quarter-final after the ninth seed beat Cameron Norrie in four sets.