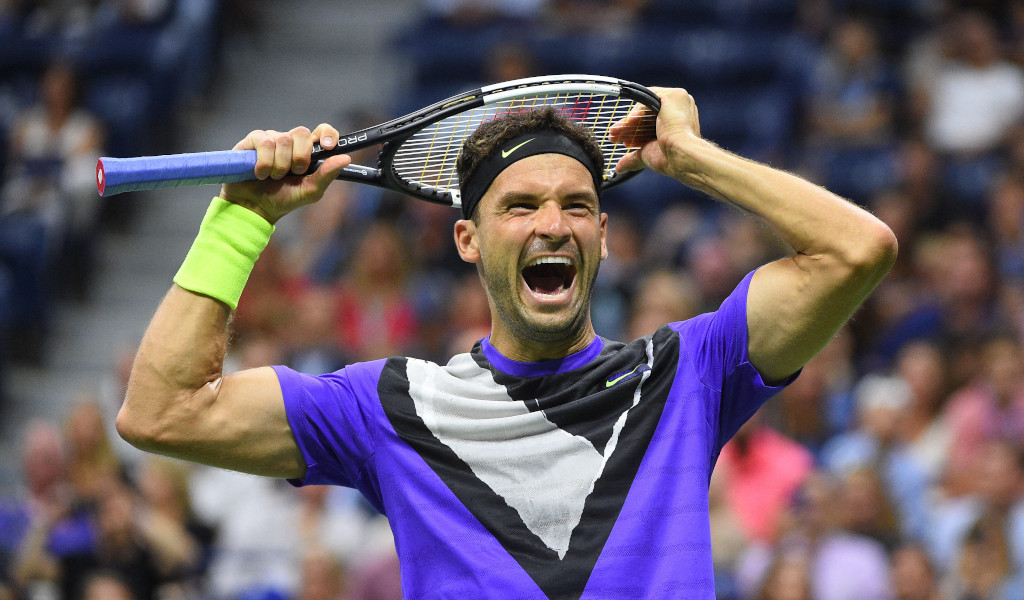 The 2019 season has been a struggle for Grigor Dimitrov, but the Bulgarian turned things around with a brilliant display to oust Roger Federer from the US Open.

Sure the 20-time Grand Slam winner struggled with a back and neck injury, but as the Swiss great said after the match “this is Grigor’s moment and not my body’s moment, so it’s okay”.

For Dimitrov the moment could not have been sweeter as he has had a torrid time heading into the US Open, winning just one out of eight matches and slumping to No 78 in the world rankings.

But now he is in the semi-finals at Flushing Meadows.

“It was not a pretty time. I’m not going to lie,” Dimitrov said.

“It was that low that I don’t even want to go there any more. It was just obviously injury, losing points, ranking. That’s the lowest point of any player.

“The past six, seven months have been pretty rough for me. But I had somebody to lean on, my friends, my family. I kept on believing again in the work, the rehab I had to put behind my shoulder, the exercise, the practice, fixing up the racquet a little bit.

“There were so many things I had to adjust in such a small but big period of time. Next thing you know, you’re almost end of the year, you have a result like that. It’s pretty special to me.”

Dimitrov’s last title was the 2017 ATP Finals trophy, but despite his woes over the past 18 months he didn’t lose any hope of getting back up.

“Despite the fact that I was losing very tough matches, close matches against players that I shouldn’t lose, I kept on believing in the process, kept on working, kept on trying to improve whatever else I had to improve on my end,” he said.

“I really controlled the things that I could. I think that’s as simple as that. Sometimes the most simple things are hardest.”