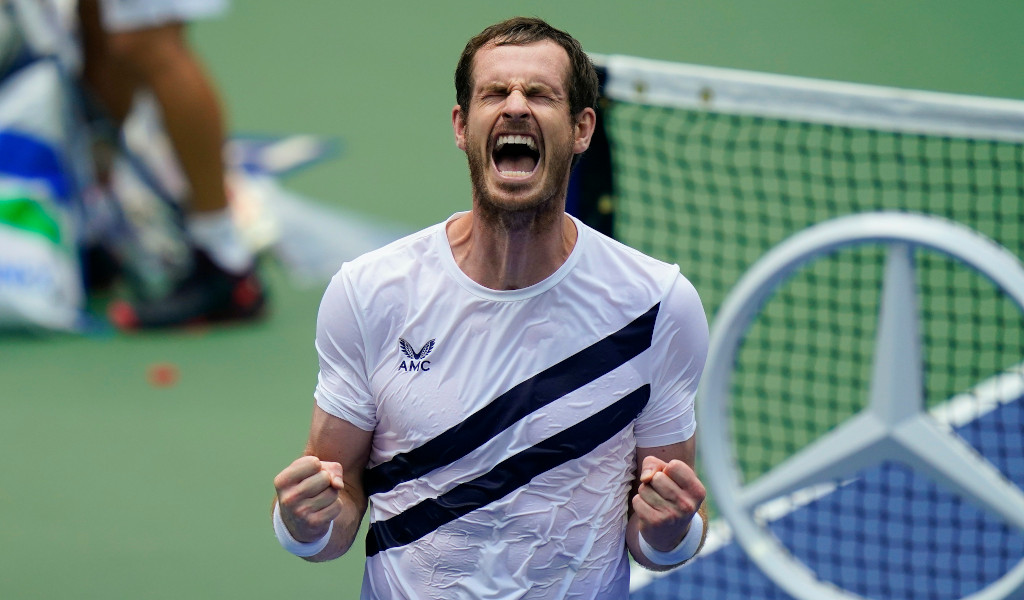 Andy Murray made a spectacular return to the Grand Slam singles stage with a gruelling five-set victory in the first round of the US Open.

The Scot was two sets and a break down, and faced a match point in the fourth set, against Japanese world No 49 Yoshihito Nishioka.

But it was as if Murray, playing his first major singles match since undergoing career-saving hip surgery 20 months ago, had never been away as he put himself, his coach, and his opponent through the wringer.

The 33-year-old, who usually feeds off the tension of playing in front of a packed crowd, was as flat as the atmosphere at Flushing Meadows in the opening two sets.

It was January last year when Murray made his tearful admission in Australia that his longstanding hip injury could force him to quit the sport.

A few days later the Scot lost a punishing five-setter to Roberto Bautista Agut, and then watched a montage of happy retirement messages from his fellow competitors on the big screen.

But 596 days, a metal hip, a brief but enjoyable doubles sojourn and a global pandemic later, Murray was back playing singles at a Grand Slam, a triumph in itself.

And the two-time Wimbledon champion clearly did not go through two surgeries and months and months of rehabilitation just to get turfed out in the opening round.

Murray was back at the scene of his first major title, the court on which he overcame Novak Djokovic in front of a spellbound crowd of 25,000 to become Britain’s first male grand slam champion since Fred Perry.

Yet his surroundings could not have been more of a contrast from that epic night eight years ago.

Nishioka was expected to prove little more than an mildly awkward opponent, but instead he showed why he recently broke into the top 50, sucking Murray into lengthy baseline rallies.

The 24-year-old secured the first break of the match in the seventh game and served out the opening set comfortably.

Two Murray double faults set the tone for a chastening second set for the former world number one, who quickly found himself a double break and 4-0 down.

A break back offered a glimmer of hope but when Nishioka, on set point, offered up an inviting second serve, Murray must have thought his luck was out when he broke a string to send a return long.

At two sets and a break down Murray finally raised himself. All the chuntering to himself and complaining to coach Jamie Delgado, sat alone in the stands, resurfaced as he made it to a tie-break.

The old warrior was back, as was the zip in the Murray forehand, as he halved the deficit, before saving a match point on the way to levelling the match with a second tie-breaker.

An exquisite Murray lob cancelled out another break and when Nishioka floated a forehand long Murray had completed another memorable win to add to the collection.

“I’m tired. My big toes on both sides are pretty beat up,” he said.

“But I did all right. At the start I was apprehensive about playing a long match and I was pacing myself, like you do in juniors. But once I was two sets down I had to put the afterburners on.

“I had to start striking the ball better. I was a bit tentative. Then I went the other way of taking chances and making errors. But towards the end I started to get the balance right.

“They have an ice bath in the locker room only for emergencies, but for me this is an emergency! That’s by far the most tennis I’ve played since 2019 so I need to recover well.”