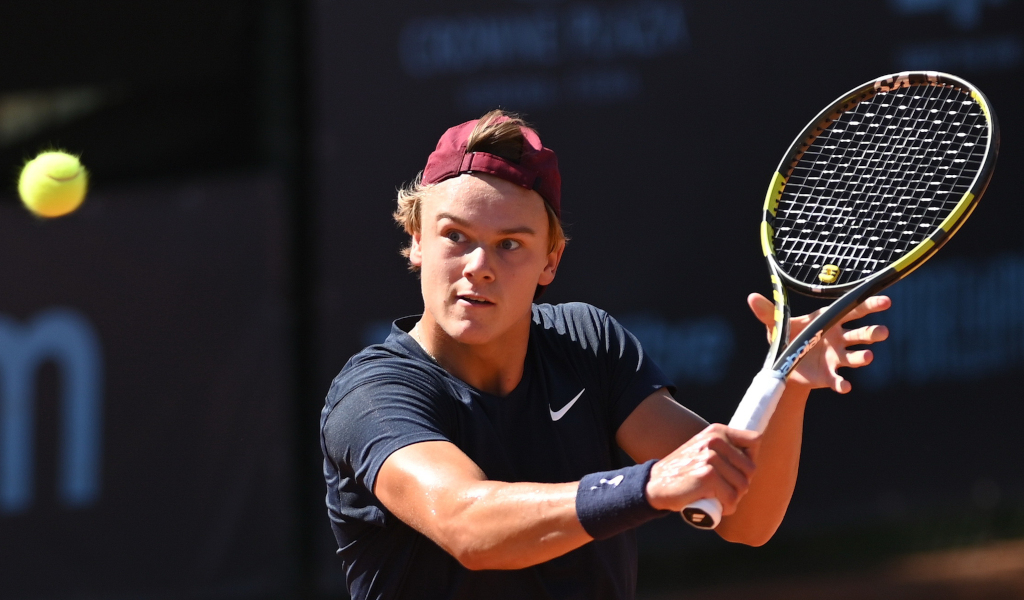 Holger Rune made people sit up and take note of not just his talent, but also his on-court accessories during his first-round match against Novak Djokovic at the US Open on Tuesday.

After winning the second set against the world No 1, Rune started to cramp and wasn’t able to muster a challenge in the final two sets, but he still had an incredible outing.

THE CROWD IS ON THEIR FEET

“Yeah, it was crazy experience, playing against Novak on Arthur Ashe is probably one of the dream come true,” the Dane said.

“To be able to win one set as well was great. I had high beliefs in myself throughout the whole match. First set, I thought the score was pretty easy for him, but I thought it was a pretty good level of tennis for both.

“Unfortunately my fitness let me down. I started cramping already in the beginning of the third set. From there on was tough. I knew if I had to win, I really had to fight for every point. With my body at this point, it was impossible.”

Rune, though, grabbed the attention before a shot was hit as he walked onto Arthur Ashe with an IKEA bag, which led to several raised eyebrows as most tennis players have sponsored bags.

He explained: “I think it’s a nice bag. I can have all my drinks there and bananas. It just suits me well to go on court.”