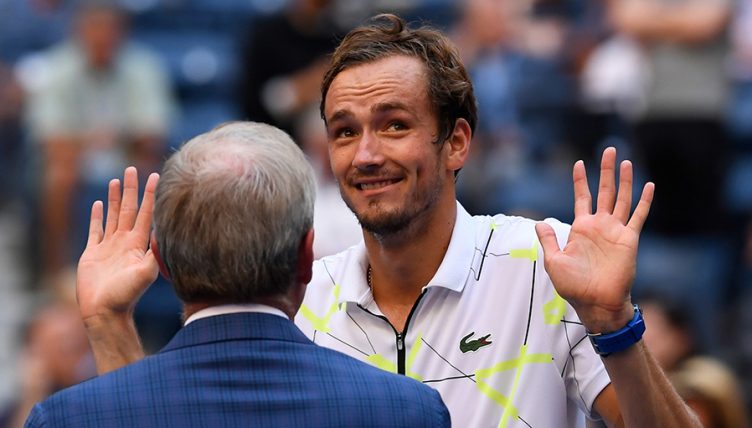 Daniil Medvedev continued his stunning recent form by booking his place in his first ever Grand Slam semi-final at the US Open on Tuesday.

The world number five came into the tournament on the back of reaching three straight finals and winning his first Masters level title in Cincinnati.

There was a big injury scare for him though, as he required painkillers and taping for a thigh complaint midway through the first set.

“For sure, I hope to be ready for the semis,” Medvedev said.

“Before the match I was feeling perfect. In the first set I think I pulled my quadriceps. I had a really big pain and thought I wasn’t going to continue the match.

“In the fourth set, I started feeling the painkiller and started moving better.”

Medvedev was actually booed off the court after his fourth round win over Dominik Koepfer due to them being unhappy at what they perceived as the trolling of them in his post-match interview.

However, the Russian was not going to make the same mistake again.

Medvedev trolls the crowd in a subtle way. “I’m sorry guys and Thank you.” #USOpen pic.twitter.com/v5BnOY8xWL

“I can just say, I try to be myself guys. I have to say, sorry guys, and thank you!”