Iga Swiatek finds her tiramisu fix hidden in US Open trophy, Ons Jabeur wants a ‘Rolex or something’ 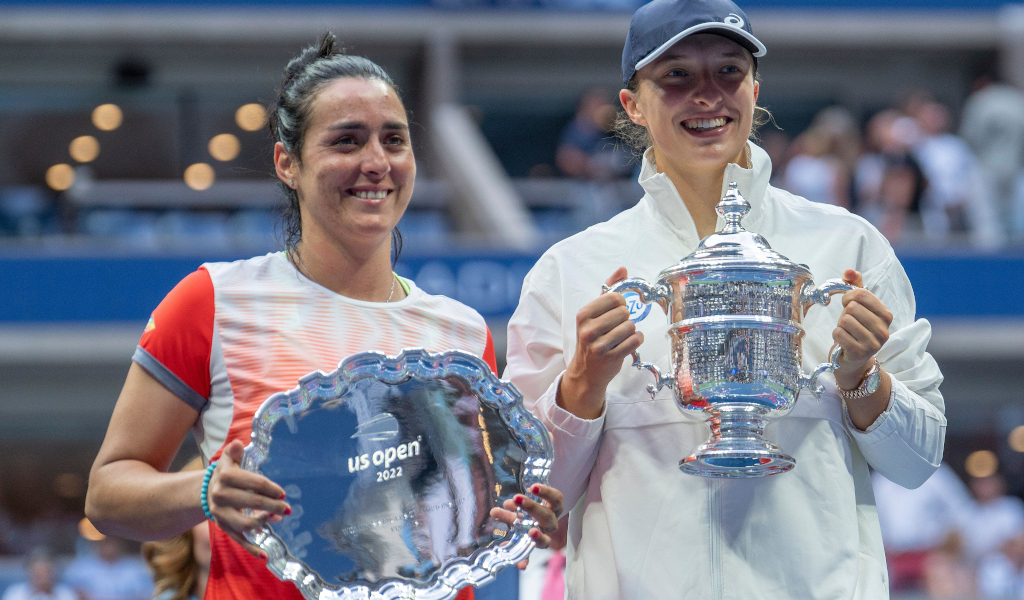 Iga Swiatek walked away with the US Open trophy, a $2.6 million cheque and a surprise after beating Ons Jabeur in the final at Flushing Meadows, meanwhile, the Tunisian is hoping for a gift from her great rival.

Swiatek, who has won seven tournaments so far this season, has a habit of looking inside her trophies during the presentation ceremonies, but she is usually left disappointed as it is empty.

It was no different when she was handed the US Open silverware on Arthur Ashe Stadium on Saturday, but during the post-match press conference she was asked to look inside again and organisers surprised her with a favourite dessert, tiramisu.

“We notice you always check your trophy. This time we wanted you to find something,” he said.

The Pole replied: “I really appreciate it. Especially since I didn’t have anything to eat.”

Swiatek of course also walked away with a big winner’s cheque of $2.6m, her biggest pay date, and during the on-court interviews she joked: “I’m really glad it’s not in cash.”

And she might have to spend some of her money if she wants to “win over” Jabeur again.

The Tunisian joked on court: “I want to thank the crowd for cheering me up. I really tried but Iga did not make it easy for me. She deserves to win today. I don’t like her very much right now, but it’s okay.”

But during her press conference she paid tribute to the world No 1, although she is hoping for a “Rolex or something” from the Pole.

“She improved a lot I think her forehand and her serve. She’s always been solid in the backhand. That’s kind of tough. Physically she’s everywhere. She can bring any ball. It’s always tough to play someone that puts one more shot in,” Jabeur said.

She added: “It will always be great to compete against Iga. I was joking when I said I don’t like her. I’ll forgive her when she gives me a Rolex or something,” the 28-year-old said.