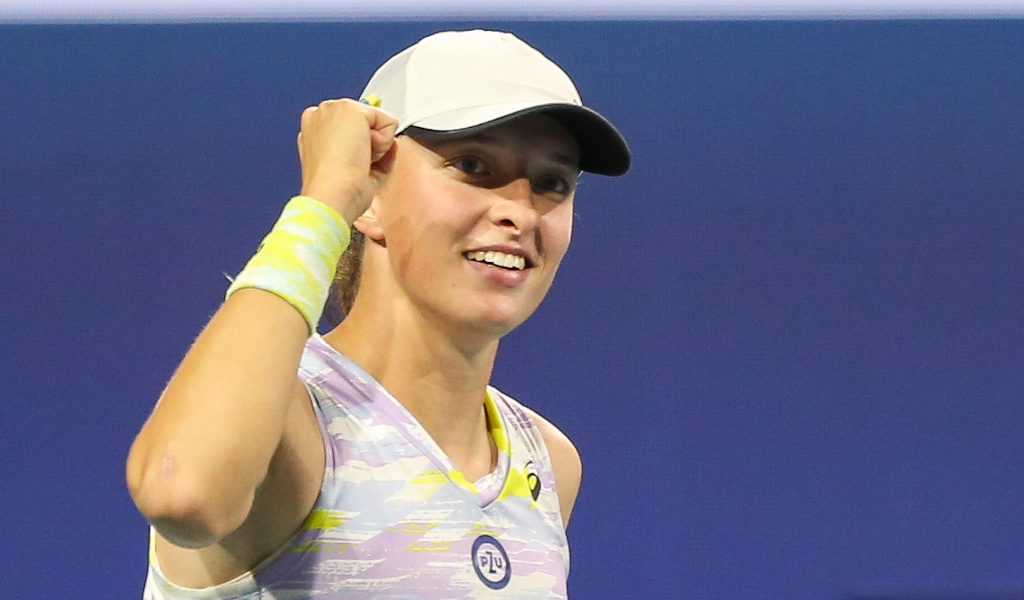 The rest of the challengers at the US Open will no doubt be uneasy to hear at that pre-tournament favourite Iga Swiatek has settled into her rhythm quite early at Flushing Meadows.

The world No 1 was given a workout by Jasmine Paolini in the first set of their opening-round clash in New York, but once she settled down it was a procession with the Pole winning 6-3, 6-0 in just over 60 minutes on Louis Armstrong Stadium.

It was a pretty competitive opening set with Swiatek initially racing into a 4-1 lead after back-to-back breaks, but the Italian roared back as she broke in game six only for the top seed to get another break. Paolini broke again, but she was once again unable to back it up as a fourth break earned Swiatek the set.

The 21-year-old – who has already won six titles this year, including the French Open – then rolled past the world No 56 in the second set.

“For sure I’m pretty happy with the performance, and I feel like I have better rhythm than in Toronto and Cincinnati so that’s great.” Swiatek, who lost early in the WTA 1000 events in Toronto and Mason, said.

The Pole added: “I think I found my rhythm and made her run a bit more, because at first we had some good rallies from the middle.

“I wanted to use my angles more and I think I did that pretty well. I really like playing these first matches because [they’re] good tests for me. I can find my rhythm. The last few tournaments I’ve started with byes, so it’s great to be able to play some matches! We’re starting from an even position and I can implement what we’ve been working on in practice.”

The two-time Grand Slam winner will face Sloane Stephens in the second round after the former US Open champion defeated Greet Minnen 1-6, 6-3, 6-3.

Also in the top half, former world No 1 Garbine Muguruza beat Clara Tauson 6-3, 7-5 to set up a clash against teenage qualifier Linda Fruhvirtova. The 17-year-old from the Czech Republic defeated Xin Wang 6-3, 6-4.