‘It wasn’t easy,’ says Novak Djokovic as he battles through pain 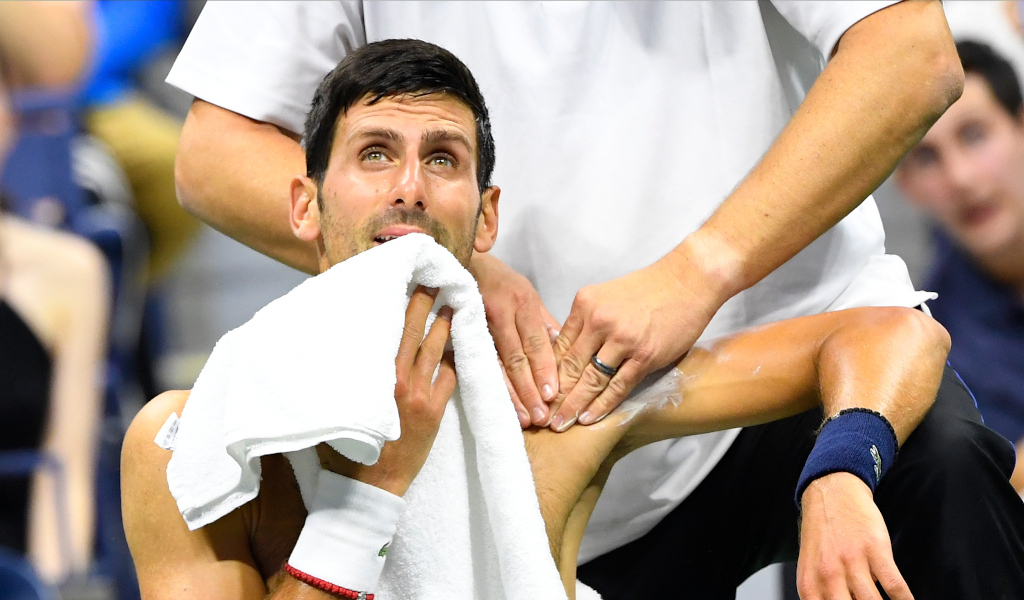 World No 1 Novak Djokovic overcame a shoulder “challenge” to beat Juan Ignacio Londero and reach the third round of the US Open.

The defending champion was in pain quite early in the match and had treatment on his should several times, but still managed to secure a fairly straightforward 6-4, 7-6 (7-3), 6-1 win over the Argentine.

He first took a medical timeout while 4-3 up in the first set and had more treatment later in the match.

“I was definitely tested,” he told ESPN. “This is something I’ve been carrying for quite a while now.”

He added: “It wasn’t easy, obviously, playing with the pain, but you have to find a way to fight and hope that you’ll get some lucky shots.

“You get some opportunities when they’re presented, you have to step in and take them. That was the case. I had some luck, as I said, in the second set, to come back.

“I’ll move on. It’s not the first time that I’m facing this kind of adversity so to say, or a challenge. It is what it is, and I’m just grateful to be on the court.”

The 16-time Grand Slam winner will face either fellow Serb Dusan Lajovic or American Denis Kudla for a place in the fourth round.

Only a handful of matches were completed on Wednesday due to rain at Flushing Meadows.