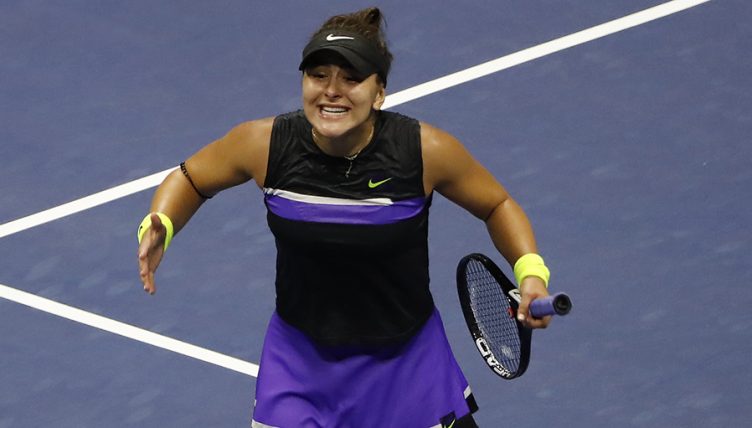 Bianca Andreescu says it is ‘crazy’ to think she will be playing Serena Williams in the US Open final after she produced a great comeback to beat Belinda Bencic in the semis.

The 19-year-old Canadian struggled at times against Bencic on Arthur Ashe, but was incredibly resilient.

Andreescu fought off numerous break-points in the first set before stealing it on a tiebreak, but she looked to be in real trouble in the second.

As Bencic stepped up her game, Andreescu found herself a double break down at one point, yet she somehow found a way to battle back and win the match 7-6 (7-3), 7-5.

She will now face Williams in a mouthwatering final on Saturday which will pit the best young player in the game against the biggest name in women’s tennis.

“It’s a dream come true playing Serena in the finals of the US open. It’s crazy, it’s crazy.

“I think it’s just all the hard work I’ve put in through the years.

“If someone told me a year ago I would be in the US Open final this year, I’d tell them they were crazy.”

Should Andreescu beat Williams, she will become the first teenager to win a Grand Slam since Maria Sharapova 13 years ago.