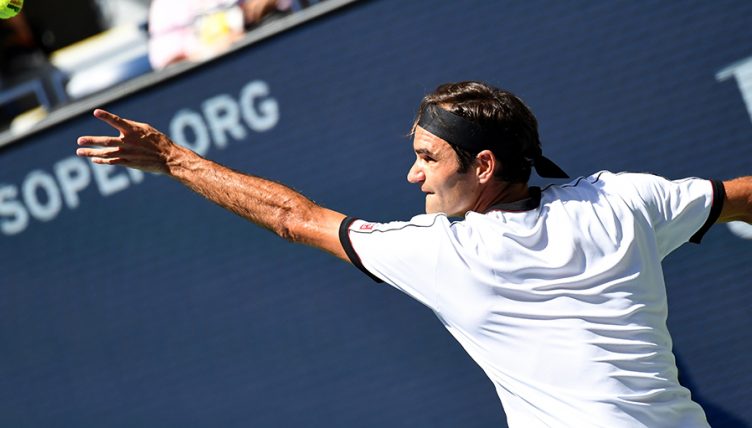 Roger Federer says he has ‘got his groove back’ after ruthlessly dismantling Dan Evans at the US Open.

Federer lost the first set in each of his first two matches in New York this year, the first time he has ever done that in his Grand Slam career.

“I’ve got my groove back, naturally you feel better but it was tricky with the sun, shade, heat – we don’t have the wind anymore,” Federer said.

“I got off to a good start and never looked back, it was a good performance.

The scheduling was tough on Evans, with him having no rest day between matches due to rain on Wednesday.

And that, according to Federer, had an impact on the Brit, from whom he was expecting a rougher time.

“I played him in a tough one in Australia.” Federer recalled.

6-2, 6-2, 6-1✅@rogerfederer passes the Evans test with flying colors and moves into R4…#USOpen pic.twitter.com/qZlkZzMnDl

“I was expecting it to be more difficult, I know Danny has the shots to make it difficult for any opponent.

“He looked a bit tired from yesterday, it was an advantage for me – it wasn’t 100% fair for me to play under the roof and get my match done.

“Maybe it’s more the mental side. You lose the first set and things are just not happening and then it goes very quickly in tennis.”