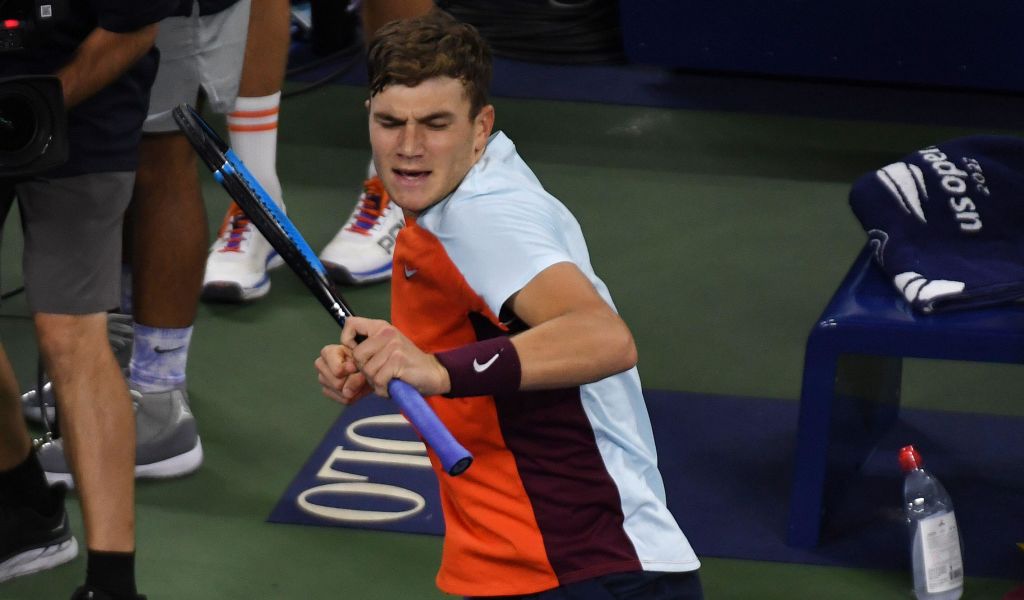 He is one of the rising stars of the game and now Jack Draper’s mother Nicky has opened up on his rise to the top.

Now his mother, who was a Junior tennis champion in Britain in her formative days has revealed Draper starting his tennis journey at the age of just one, and he plays left handed even though he is naturally right handed.

“Believe it or not, he picked up a racket for the first time when he was just one and you could see from a very young age that Jack had incredible hand-eye coordination,” said Nicky, in an interview with the LTA.

“He has always played tennis left-handed. He writes right-handed, he was a right-handed thrower, but he always held a racket with his left hand and while I am often credited with starting Jack in tennis, but it was actually my Mum who was the inspiration.

“She played county tennis for Oxfordshire and Dorset and my brother also played at a good level and represented Great Britain, so tennis was a big part of our family when I had my sons Ben and Jack.

“At the time, I was coaching at Sutton Tennis and Squash Club and Jack used to come down and watch, probably starting when he was two and a half. I had started doing tiny tots sessions for kids who were as young as three and Jack would always join in. He loved other sports as a child, but tennis became a priority very quickly.”

Nicky also revealed Draper has a real battle to bridge the gap between the junior and senior ranks, after his run to the 2018 Junior Wimbledon final.

“The transition to the senior game is tough,” she said. “You play Junior Wimbledon and the other junior majors and you are lulled into the idea that you are at nice venues and part of a Great Britain team is a nice experience.

“You might feel very isolated as well, with one man and a dog watching you in Mexico, so you need to be strong to work your way through that. There are plenty of challenging times at this stage of a career. You make a lot of sacrifices and can’t hang out with your friends. Having come through all that, it’s great to see Jack getting the rewards he is enjoying now.

“The LTA has also given him so much support throughout the years. They have given him such a lot of support and while he is on the Pro Scholarship Programme (PSP) now, that support has gone back years.

“I remember when he was very young he was being helped by the LTA’s County Support officer Mark Padfield and he used to come to the school to do strength and conditioning work with Jack. He was also involved in national camps and talent ID programmes and represented Great Britain in competitions. The LTA have been fantastic in their support throughout Jack’s journey.”

Tim Henman spoke exclusively to Tennis365 last month about Draper’s potential, as he suggested he has a big chance to reach the top of the game.

“He has put on a lot of muscle. He is fitter, stronger faster and he’s always had a big game. His ranking his heading towards the top 50 and he has a huge future.”