Johanna Konta shrugged off some early resistance from her compatriot Heather Watson to reach the second round of the US Open.

The British No 1 had to fend off a series of set points in the first set tie-break before ultimately cruising to a 7-6 (9-7), 6-1 success.

It was sign of the further progress being made by the world number 13 under new coach Thomas Hogstedt, in the wake of her run to the semi-finals of the Western & Southern Open last week.

Johanna Konta wins the battle of the Brits 🇬🇧 pic.twitter.com/olFAtbiYxs

The defeat was Watson’s fourth in a row since she won the pre-lockdown Mexican Open in February, but the 28-year-old will take heart from a gutsy first-set display.

Watson had toughed out the opening stages as Konta sought to pressure her second serve, and her resistance finally broke in the ninth game of the match.

But Watson showed admirable fortitude in breaking Konta straight back, and ultimately forced a tie-break which she bossed until she sat on the cusp of taking the set with a 6-3 lead. 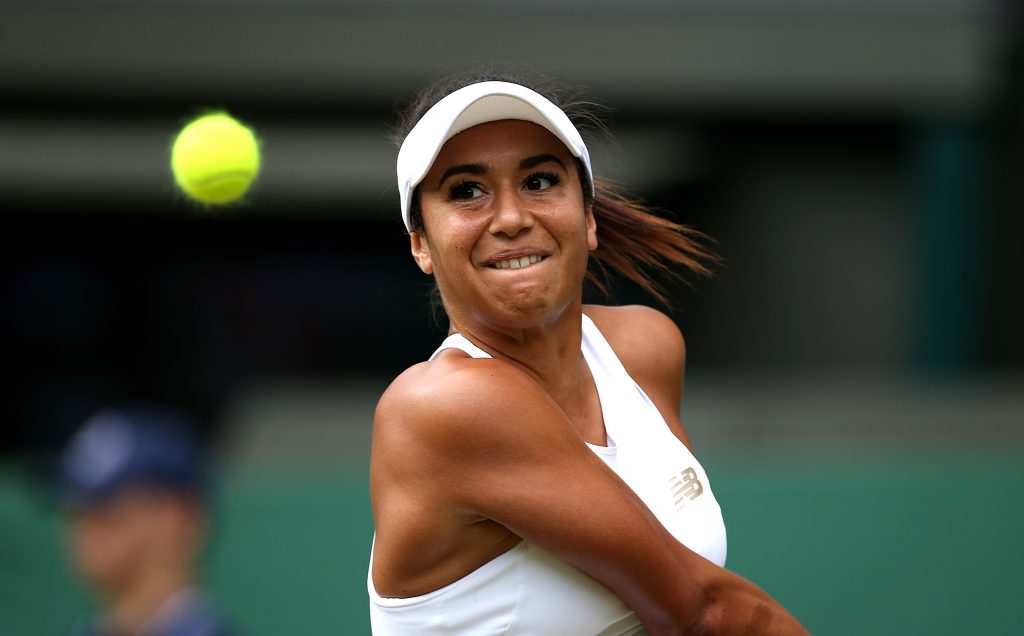 Instead Konta hit back and turned the tie-break around, before ruthlessly exploiting her opponent’s disappointment with a double-break in the second set to take the tie beyond her opponent’s reach.

Watson narrowly avoided the dreaded bagel but Konta converted her second match point to book a second round meeting with Romania’s Sorana Cirstea.

Their meeting will revive memories of their controversial Fed Cup clash in Constanta in February 2017, when Cirstea accused the Briton of gamesmanship for leaving the court midway through an Ilie Nastase tirade.