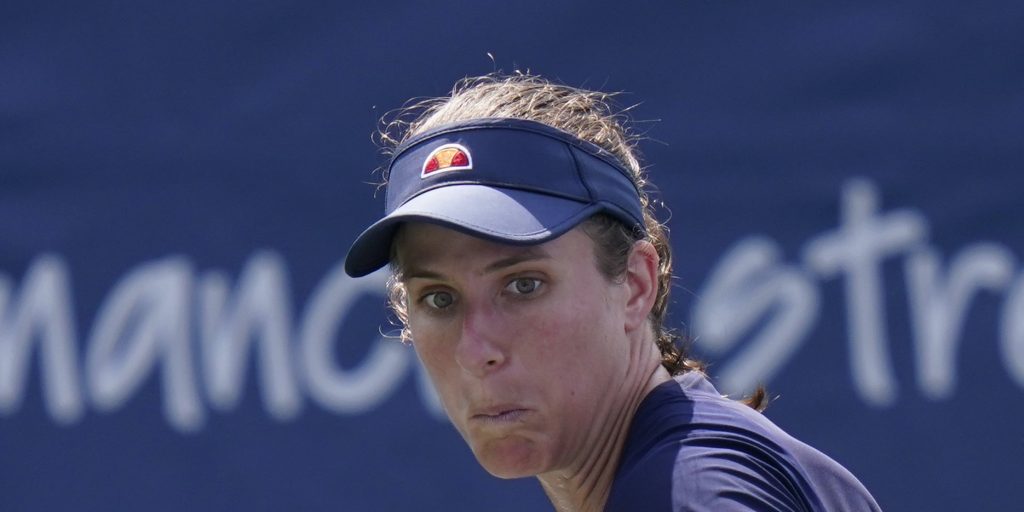 British No 1 Johanna Konta insists her outlook is not affected by Benoit Paire having to withdraw from the US Open due to a positive coronavirus test.

The Frenchman is confirmed to have the virus, though he has shown no symptoms, and he must now isolate for 10 days.

Paire, who was seeded 17th in the men’s singles draw, has been in New York for the best part of two weeks and had two negative tests when he first arrived, meaning he has contracted the virus while in the bio-secure bubble.

No.9 seed @JohannaKonta is commanding on the practice court 💥

She will kick off the @usopen on Tuesday with an all-British match against Heather Watson 🇬🇧🇬🇧 pic.twitter.com/BeKPNjoFGS

Konta admits the positive test is “worrisome” but is going about her business in the same manner ahead of her first-round encounter with compatriot Heather Watson on Tuesday.

“I mean I just found out about five minutes ago,” she said. “Obviously it’s like, ‘Oh wow, really?’.

“The issue we have is that it’s not a full bubble and there are still some people who are working for the tournament, who are coming in and out. So, it’s as safe as we can get in terms of how many people are here to run this operation.

“But it was always going to take us by surprise and be a bit shocking and worrisome if a player tested positive. Obviously we have had a few.

“It’s definitely different when someone tests positive when they arrive or when they have been here, had negative tests and then test positive.

“It doesn’t really change what I am doing on a day-to-day basis. Myself and the rest of the team are doing the best that we can in terms of keeping distance and trying to get on with our day-to-day things.”

Paire was due to play Poland’s Kamil Majchrzak on Tuesday, but is replaced by Marcel Granollers in the draw.

The Frenchman has been in the bio-secure bubble in New York for a couple of weeks and took part in the Western & Southern Open at the same Flushing Meadows site last week.

However, he retired during his first-round match against Borna Coric after feeling unwell, trailing 6-0 1-0.

Austrian Dominic Thiem, the world No 3, believes there is no safer place to be in the world than the bubble on site at Flushing Meadows.

“I think there is no safer place in the world right now than here,” he said. “Maybe you can lock yourself somewhere in a cave or something, I don’t know, in the middle of the sea. Otherwise it’s super safe here. We are in a bubble.

“But still something can happen, as you could see with Benoit. We hope that nobody else is infected. In general, it’s very, very safe and very strict.”