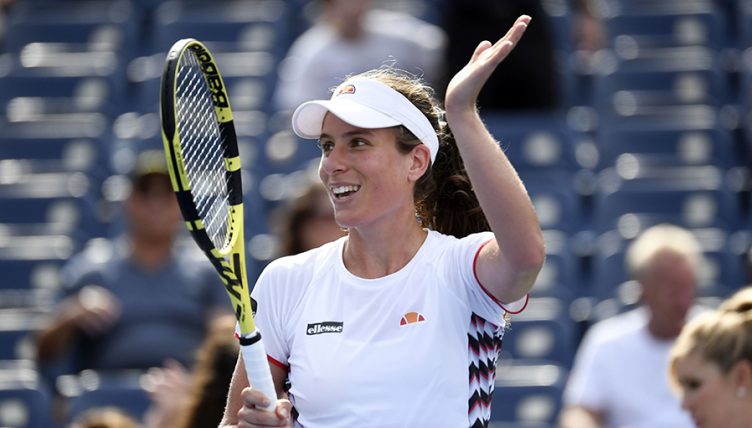 Johanna Konta is determined not to rest on her laurels after she continued her recent brilliant Grand Slam form at the US Open.

Konta reached the semi-finals of the French Open this year, as well as a Wimbledon quarter-final, and she can now add a quarter-final at Flushing Meadows to that impressive list after beating third-seed Karolina Pliskova.

Czech star Pliskova looked to be in control of the match, as she was a set and a break up – but it was Konta who prevailed.

“It was important not to panic or be worried,” Konta said about fighting back from a set and a break down.

“I was doing a lot of good things out there and I kept into perspective I was playing the number three player in the world.

“I was pleased with what I was doing in that first set, even though I wasn’t able to come through, and I definitely felt there was a lot for me to build on.

“I trust in my ability to create more opportunities and I managed to do that.”

Konta is now the first British woman to reach the US Open quarter-finals since Jo Durie 36 years ago.

“I’m really pleased with that and, more specifically, this season to make it three quarter-finals in successive Grand Slams is a tremendous achievement.

“I will enjoy this but I have to keep looking forward and try to go one, two or three steps further.”