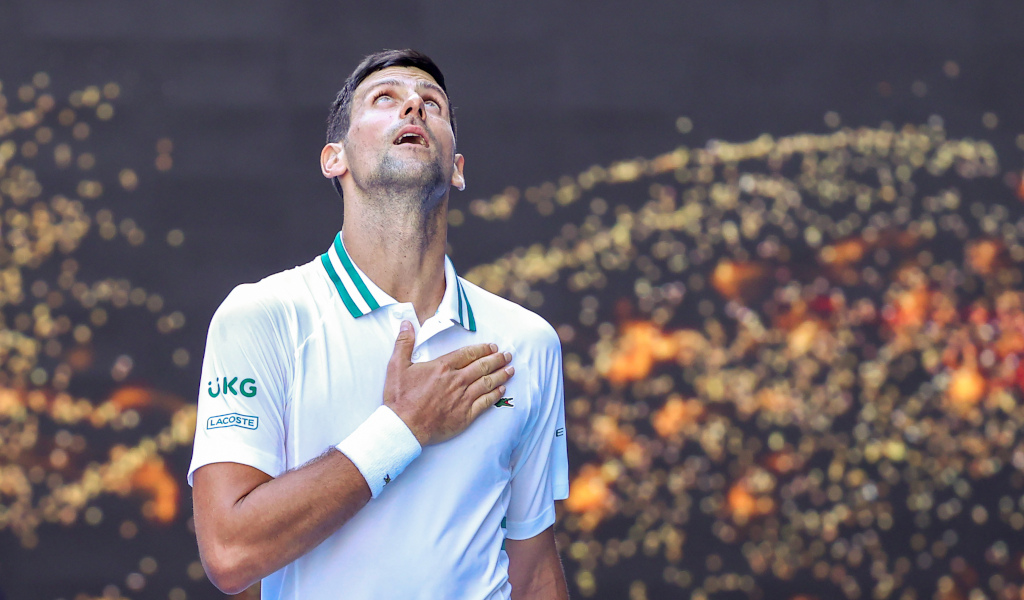 John McEnroe is backing Novak Djokovic to hold aloft the US Open trophy come the end of the tournament with the tennis great insisting that the conditions will be the biggest threat to the world No 1 at Flushing Meadows.

Djokovic will be chasing history in New York over the next fortnight as victory will see him move past Roger Federer and Rafael Nadal as the outright holder for most Grand Slams with 21 while he is also looking to become the second man after Rod Laver in 1969 to win a Calendar Grand Slam in the Open Era.

There will be no Federer, Nadal or defending champion Dominic Thiem at the hard-court Grand Slam as they are out injured, but the likes of Daniil Medvedev, Alexander Zverev and Stfanos Tsitsipas have been tipped to trouble the Serbian.

However, seven-time major winner McEnroe believes nature will be a bigger obstacle in Djokovic path instead of the other players in the main draw.

“I would say the biggest threat, first of all, the biggest threat to Djokovic in my book is the conditions, like the heat. He’s a human being. I think that could affect him more than his opponent,” he said during an ESPN US Open preview call.

“Other than that, I mean, you’re looking at the new wave coming in. We thought maybe Medvedev was going to be able to do a number finally at Australia, where Novak pretty much gave him a lesson there.

“[Denis] Shapovalov was playing great in the semis of Wimbledon, but at the big moments couldn’t cash in. That seems to be the trend. Thiem almost got him at Australia last year. Couldn’t do it. Now he’s not even playing. It takes a huge, huge effort to do that.

“It’s difficult to say who of those guys, whether it’s Zverev, Tsitsipas, Medvedev, those are the obvious ones that come to mind for me, who would be in best position to do that. I couldn’t predict. I would say it would be one of those three players, if it was.

“I don’t think at this stage, a guy like [John] Isner, who no one wants to play, or [Reilly] Opelka, the guys that can take the racket out of your hand, over a best-of-five, that’s a much taller order to beat Novak than it would be at, say, a Cincinnati type event where you’re playing two-out-of-three.

“The other part is just the pressure, if that gets to him. Lord knows what everyone has been going through the past year and a half, all this talk about mental health. What happened last year at the Open for him when he was defaulted, all that is going to play somewhat of a factor. The fact he didn’t win a medal at the Olympics, will that matter? I think it will, but we just don’t know the answer to that.”

Djokovic heads to New York on the back of a semi-final exit from the Tokyo Olympics with the defeat ending his hopes of a Golden Grand Slam.

“To me it’s going to be him against the field. I pick him right now. The heat could be an issue for any player, any top player, any player for that matter. That could be a deciding factor if he were to lose to someone, if he got stuck in a situation where he was playing in really hot conditions, if he was playing during the day. Otherwise I think he’s going to do it.”