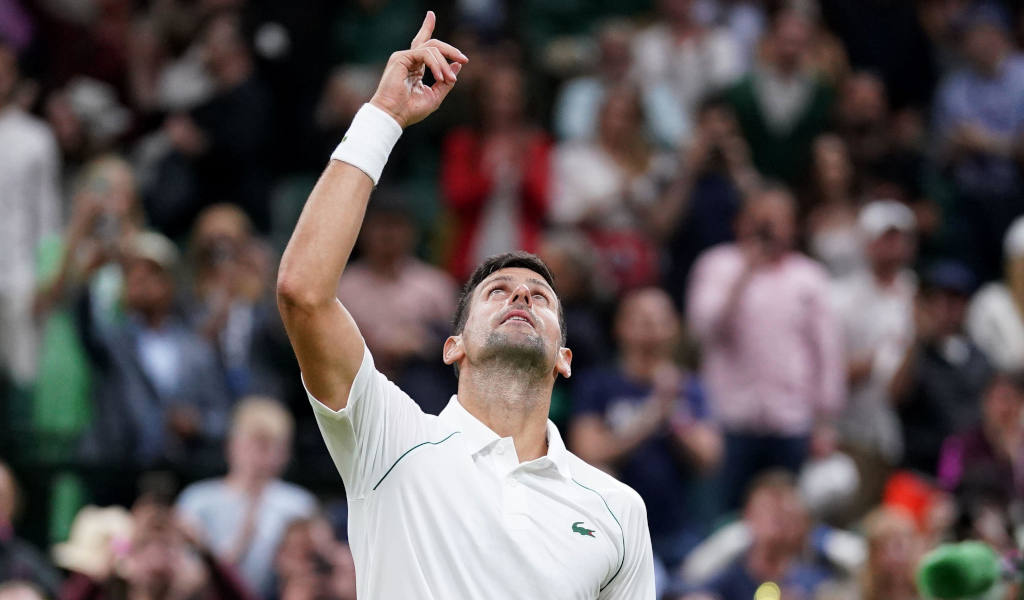 John McEnroe has described Novak Djokovic’s probable ban from the US Open as ‘crazy’, as he suggested the Wimbledon champion should be allowed to enter America.

Speaking to Tennis365 at an event to promote his new movie McEnroe, the seven-time Grand Slam singles champion hit out at the US government for insisting all visitors to the country need to be vaccinated against Covid-19.

Djokovic has made it clear that he won’t bow to that demand, which will almost certainly rule him out of the final major championship of the year.

Yet McEnroe has renewed his calls for Djokovic to be allowed into the country to play at Flushing Meadows, as he backed up his comments from earlier this month with a fresh statement to Tennis365.

“I mean, we have to find a way to get Novak into the US Open,” he told us. “How can he not be there? He has just won Wimbledon, he is a great champion and he should be in the US Open.

“I don’t agree with his decision not to get vaccinated, but I respect it. He is one of the fittest guys in the world and everything he puts into his body, he is watching carefully.

“Now we are saying that because of his choice, he can’t play at the US Open. I mean, come on. He has already been deported from Australia for the same reason and here we are again.

“I hope someone finds a way to sort this out. It’s crazy that Novak misses the US Open at this stage.”

Djokovic is on the provisional entry list for next month’s Canadian Open, Cincinnati Master and US Open, even though organisers at all three events have confirmed Djokovic will not play at their events unless to takes a Covid vaccine.

Meanwhile, it has emerged that more than 12,000 people have signed an online petition on change.org calling for the United States Tennis Association (USTA) and the US government to allow Novak Djokovic to compete in the US Open.

Currently, the 21-time grand slam champion is unable to enter the country due to rules that require travelers to be fully vaccinated against Covid-19.

“There is absolutely no reason at this stage of the pandemic to not allow Djokovic to play at the US Open 2022. US Government and USTA must work together to allow him to play. If unvaccinated American players can play, Djokovic as one of the legends of the game must be allowed to play. MAKE IT HAPPEN, USTA!” the petition said.