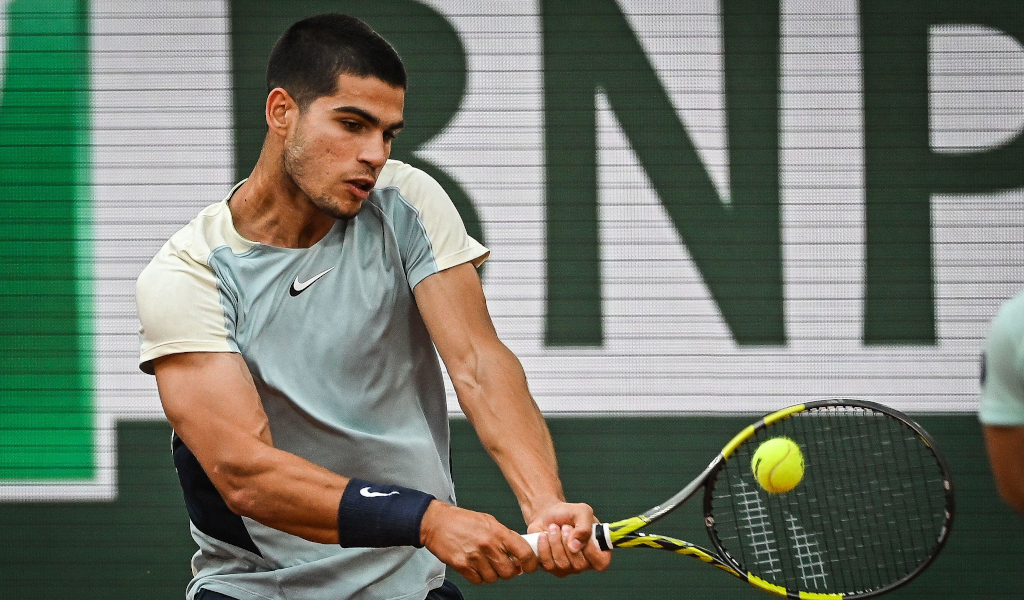 John McEnroe believes that while Carlos Alcaraz is a great player in the long run he might struggle against the game’s monster serves.

McEnroe believes that Medvedev’s physical gifts would give him an edge in a sustained rivalry with Alcaraz.

Alcaraz has outdone Medvedev this season in terms of titles won, but the two players have not met since Wimbledon 2021.

“We’ve been wondering about this for quite a few years. This is not the first time where it’s like ‘who’s going to be the guy when the Big Three are not winning?’

“It’s unbelievable, in a way, what we’re watching so we’re almost taking something for granted that I would have told you 10 years ago would have been impossible.

“So my answer would be the same, as I don’t see any way that any of these guys will come anywhere near what we’ve just watched.

“I think you’re going to see an assortment of guys.

“Right now, I don’t see any one guy, maybe [Carlos] Alcaraz can jump through all these people but you know he’s not a big, big guy – he’s an unbelievable athlete but he’s six foot.

“If you have to play these big guys – the [Alexander] Zverevs of the world, [Daniil] Medvedev, they are all six foot six.

“A lot of them guys have big serves and it just wears on you mentally, I believe.

“That’s an issue that will make it more difficult for these young guys to dominate.”

McEnroe feels that it is unlikely that a new group of elite players will emerge to dominate the Grand Slams in the fashion the big three have.

“What I think we’re going to see is, a little bit more like the women, where it’s just going to be a lot of players winning a couple.

“At some point, someone who will stand out, it looked like Medvedev a year ago now.

“He seems to maybe have slipped a little, but you’d still put him as the favourite here compared to the other guys.

“Look what just happened, [Borna] Coric looked better than anybody to me [in Cincinnati, where he won the title].

“Physically, he looked like he was a level above what I’d seen from most of the players. Why not put him in as well? He’s one of the guys that could win the US Open.

“To me, it’s become much more wide open, especially since Novak’s not playing.

“Rafa is coming off an injury. [Nick] Kyrgios could potentially be that guy if he is committed, but you know it’s the old story.

Players to watch at US Open: From Rafael Nadal and Carlos Alcaraz to Serena Williams and Emma Raducanu

Alcaraz has been handed a tough section for the US Open that features the in-form Coric as well as Jannik Sinner, who has beaten the Spaniard twice this season already.

Medvedev faces world No 113 Stefan Kozlov in the first match of his US Open defence and quest for a second Grand Slam title.