John Millman: I beat Roger Federer, I can beat Novak Djokovic too 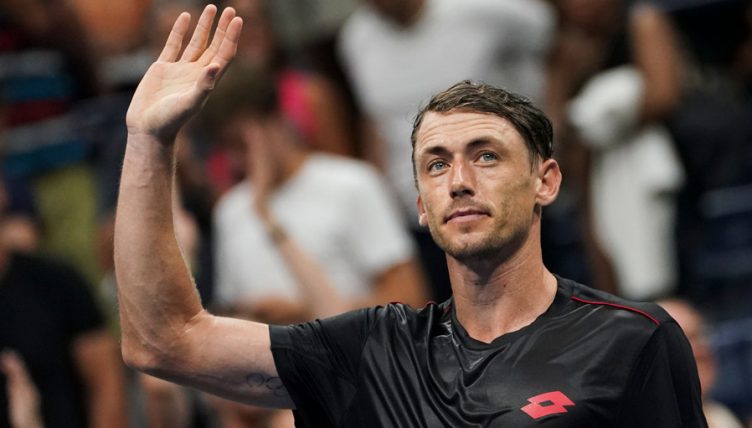 John Millman has outlined how he can beat Novak Djokovic when the pair meet in the US Open quarter-final.

The Brisbane baseliner grabbed the world’s headlines when he ousted Roger Federer from the competition on Monday.

He goes into the clash with Serb star Djokovic as the big outsider, and he knows it, although he still believes he can repeat the trick.

“Again, it might sound a bit boring but I’ve got to control my side of the court,” Millman said of how he can beat Djokovic.

“I’ve got to be really tight with my unforced errors, take my chances and take it to him a little bit.

“Anything that drops short, I’ve got to try to take advantage of it.

No one saw it coming. @RogerFederer​ sent packing from the #USOpen by unseeded @JohnMillman https://t.co/kBliYYaxM5

“I’m under no illusions that I’m going to have to have one of my very best days to get the job done.”

One area Millman is not expecting a huge advantage though is fitness, although he’d happy to take whatever slender advantage he can.

“I know I’m meant to be conditioned and used to it but it’s not so easy for anyone out there.

“But I’ll use every little advantage out there.

“If it does prove to be an advantage then that’s great but it’s going to be tough for everyone.”