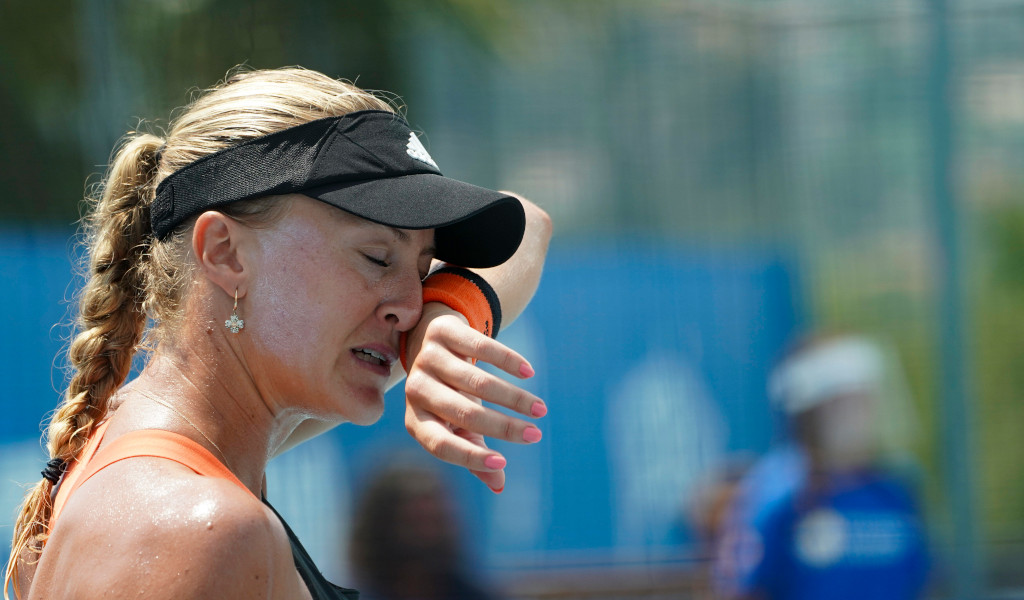 Kristina Mladenovic was prevented from playing her second-round doubles match at the US Open on Saturday and ordered to quarantine in her hotel room.

Mladenovic and Timea Babos, the top seeds in the women’s doubles, had been due to play Gabriela Dabrowski and Alison Riske but the match disappeared from the schedule and tournament organisers later confirmed it was due to an order from public health officials in Nassau County.

France’s Mladenovic was one of the players subject to more stringent restrictions because of her close contact with Benoit Paire, who tested positive for Covid-19 on the eve of the tournament.

Mladenovic has been the most outspoken critic of how organisers have handled the situation, describing it as a “nightmare” and saying she felt the affected players were being treated like “prisoners or criminals”.

The 27-year-old, a six-time Grand Slam doubles champion, and the other players have until now been allowed to play their matches but the situation has changed with the intervention of the state.

The match between Frenchman Adrian Mannarino, another of those facing restrictions, and Alexander Zverev was delayed for nearly three hours on Friday but Mannarino was eventually allowed to play.

Mladenovic was not so fortunate, and the statement from tournament organisers offered no explanation as to why the players have been treated differently.

The statement read: “Public health officials of Nassau County, (New York), have issued quarantine notices for all individuals who had prolonged close contact to a person who previously tested positive for the COVID-19 coronavirus.

“As the players are staying in Nassau County, the quarantine notices prevent any of these individuals from commuting to the USTA Billie Jean King National Tennis Center in New York City.

“The USTA is obligated to adhere to government guidance at the state, city and county level. All persons who were identified as having prolonged close contact with the infected player will quarantine in their rooms for the remainder of their quarantine period.