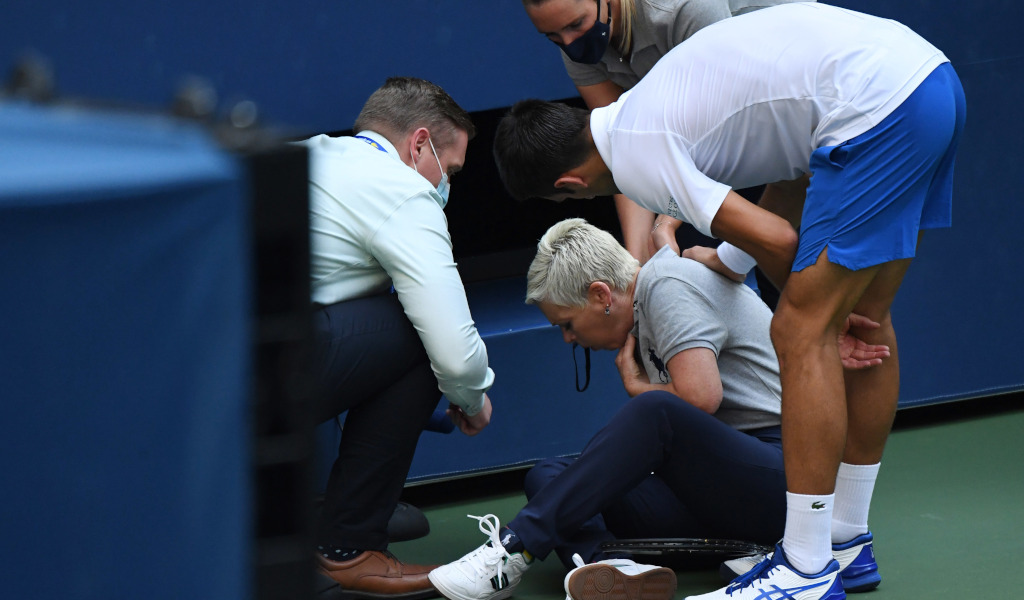 The line umpire that was hit by a ball from Novak Djokovic that resulted in the world No 1 being defaulted from the US Open has become the victim of online abuse.

The official was accidentally hit in the throat when a frustrated Djokovic tried to send a ball back to the ball kid during his fourth-round match against Spain’s Pablo Carreno Busta.

The line umpire immediately fell to the ground and was in some discomfort after the incident.

Djokovic, meanwhile, was thrown out of the tournament and later issued an apology to her on social media and added that he did not want to “disclose her name to respect her privacy”.

“I checked on the lines person and the tournament told me that thank God she is feeling ok,” he wrote. “I‘m extremely sorry to have caused her such stress. So unintended. So wrong. I’m not disclosing her name to respect her privacy.”

The Serb’s fans though have not taken his disqualification well with many of them lashing out on social media and some went even further as they targeted the line judge on Instagram after her handle was reportedly revealed by a tabloid.

Several of her posts on the social media app were flooded with nasty comments.

Meanwhile, US Open officials confirmed that the official won’t be on duty on Monday as she was “resting comfortably”.

“The line umpire who was struck by the ball is resting comfortably in the hotel today and is under the observation of the tournament doctor, and will return to work when she and the doctor feel it is appropriate,” a spokesperson said.