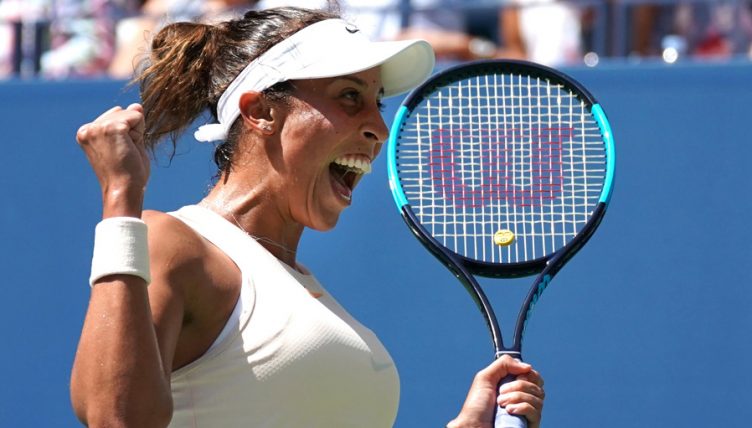 Madison Keys is through to the US Open quarter-finals after a hugely convincing win over Dominika Cibulkova.

The American wasa defeated finalist at Flushing Meadows last year, but looks on course to go deep into the tournament again after winning 6-1 6-3 against the Slovakian.

Keys was animated on court, reprimanding herself for some poorly chosen shots.

“You expect yourself to keep doing it,” she said of the incidents afterwards.

“Then you think maybe you shouldn’t try to hit a winner first ball every time. I’m just happy to get the win.”

Great wheels on @SloaneStephens​ to win point at #USOpen, and naturally she was delighted https://t.co/OcFpEHBqMr

“She’s a good player, done a lot in her career, for her to have some good games wasn’t surprising. It was about waiting for the right ball.”

Cibulkova added: “I never play well against her.

“I felt like, when I had a chance to go for it, I made mistakes because I was rushing.

“If she was playing Kerber today, it would be a completely different match.

“It’s about what draw you get, what players you like to play, who you can beat with your game and who you have confidence to beat.”